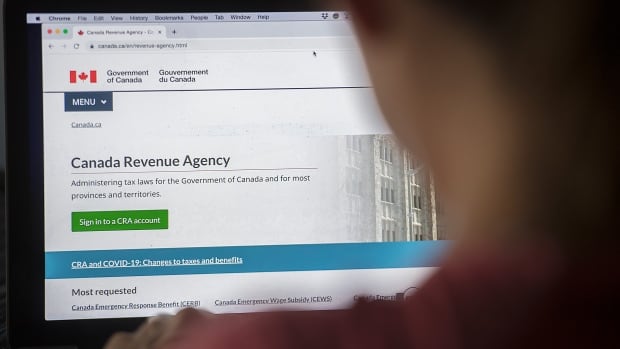 The Canada Revenue Agency has locked an unknown number of taxpayers out of its online platform, telling users their email addresses have been removed from their accounts with little explanation.

Dozens of users took to social media on Tuesday and Wednesday to report encountering the same “error 021” on their accounts. Several said they spent hours waiting on CRA’s helpline to get their accounts unlocked, but either received little information or no response at all. The issue was first reported by the Daily Hive website.

“After being on hold for nearly three hours, the phone disconnected,” one user, Jason Bell, wrote to CBC News. “My only emotion right now is worry. Worry that my account, finances or identity have been tampered with.”

@DiLebouthillier @JustinTrudeau on hold with CRA for 4 and a half hours. Transferred three times. Told CRA locked my account for an unknown reason. Now waiting for senior officer as the last two people couldn’t help. Why employ people who cannot help? Waste of tax money and time. pic.twitter.com/gYzw6kCSyM

A CRA spokesperson told CBC on Tuesday night that taxpayers who are registered for online account alerts “may receive a notification from the CRA indicating that their email address has been removed from their account.”

Christopher Doody, a CRA media relations representative, said in an email it was meant “as a security precaution in the context of ongoing investigative work, and is not due to a cyber security breach of CRA systems.” He said affected users can expect a letter in the mail with instructions on how to unlock their account.

Doody did not immediately respond to a request for clarification as to the nature of the investigation or why so many accounts had been locked all of a sudden. Affected users appeared across the country, from B.C. to Newfoundland, and not all had applied for recent pandemic-related relief, such as CERB.

It’s unclear whether taxpayers receiving a subsidy will be able to access the money while their account is locked. After thousands of accounts were breached last year, CRA told affected users it would “temporarily stop sending any benefit and credit payments to you until your identity has been validated and access to your account has been restored.”

Félicia-May Stevenson, who runs a kids’ face painting service and other art projects in Gatineau, Que., told CBC she was unable to re-apply online for the Canada Recovery Benefit that she’s been receiving. On Wednesday, she said she did reach a CRA representative over the phone who completed the request.

But Stevenson said she was being transferred to a separate department to unlock her account.

“I just got the dreaded ‘your wait time is over two hours’ message,” she said in an email.

CRA said earlier this month it had hired additional call centre agents for what promises to be an exceptionally busy tax season amid the pandemic.

When a reporter dialled a CRA helpline on Tuesday night, he was told to call back later “due to high demand.” A recording said “all of our agents are currently busy and our agent queues are full.”