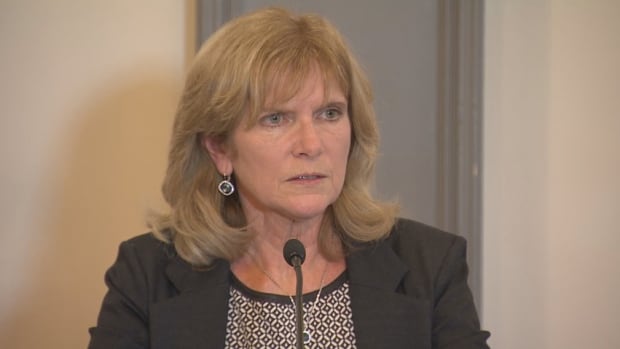 The New Brunswick government botched the rollout of an electronic medical record system for doctors, leading to $26 million of provincial and federal money being spent on a tool that fewer than half of the province’s physicians adopted.

That’s the finding in a new report by Auditor General Kim Adair-MacPherson.

She says the business model, which saw the New Brunswick Medical Society go into business with a private-sector company to create Velante Inc. and sell the software, was doomed to failure from the outset.

“Such a structure was not capable of delivering value for taxpayers’ dollars and was not in the best interest of New Brunswickers,” Adair-MacPherson writes in the audit tabled at the legislature Tuesday morning.

Even though there were clear signs the program was failing in 2015, the Health Department kept extending deadlines for doctors to sign up, and kept spending money, until finally ending Velante’s exclusivity in 2019.

“We were unable to find valid reasons why the Department continued spending public money on a program obviously destined for failure,” Adair-MacPherson says.

The medical society said in 2019 it would wind down Velante after the province terminated the venture’s exclusivity.

The province still has one of the lowest rates of doctors using electronic record and the system is still not fully integrated with the electronic record system used by hospitals and other health-care settings.

The main goal of the system was to share patient information from doctors’ offices with the province’s larger digital health record system. But only three of nine planned “integrations” were ever done, the audit says.

What’s more, Adair-MacPherson says, the same weak oversight that led to the Velante problems could create the same issues as doctors adopt other electronic record systems.

The province contracted the delivery of the medical record program to the medical society in 2012. The society and Accreon created Velante.

The venture was partly funded by Canada Health Infoway Inc., a not-for-profit organization created by the federal government to encourage the adoption of electronic medical records.

By early 2014, only 240 out of 950 doctors had signed up for Velante and then-Health Minister Ted Flemming said only 34 physicians were actually using it.

Some doctors complained they felt ostracized by their own organization when it forced them to adopt the tool.

In September 2014 only 350 doctors were enrolled and only 90 were using the system. At that point the federal and provincial governments added more incentives, including subsidies for doctors to switch from systems they’d adopted before Velante was created.

Adair-MacPherson found “significant weaknesses” in the province’s monitoring of the program.

“There were no performance measures and no progress reporting on program implementation,” she writes.

The medical society was required to submit quarterly reports to the health department updating the project status, targets achieved and timelines, “we found no evidence such reports were provided to the Department.”

Doctors who stopped using the system didn’t have to pay back their subsidies, and the province often paid multiple times for the same system installation, such as in cases when one doctor stopped using it and passed it on to another doctor.

Accreon made $9 million from the program before giving up its ownership stake in 2015.

Adair-MacPherson says Accreon’s exit was one of several “clear signs the program was in jeopardy.” Others included missed deadlines, concerns about lack of progress from Infoway and a cash shortfall at Velante that required the medical society to inject an extra $1 million.

In 2017 the province agreed to hand Velante $2.8 million to help it keep operating while the program was reviewed.

The first payment was $1.5 million and Velante was supposed to show the province how it was spent before it could get the remaining $1.3 million. But the second payment went ahead even though the information was never handed over.

After the province ended Velante’s exclusivity in 2019, it agreed to give the medical society $3 million to help doctors adopt other electronic medical record systems.

Among provinces that have adopted electronic medical records, only Newfoundland and Labrador had a lower rate of doctors using them as of 2017. Prince Edward Island has no system in place.

New Brunswick’s difficulties with electronic health records predate the creation of Velante and the attempted rollout of its software to doctors’ offices.

In 2011, CBC News revealed that an internal audit found potential conflicts of interest in the managing of contracts awarded for the creation of the electronic health record system for provincial institutions.

It said external consultants hired as project managers were able to see invoices and other documents from competing companies, which gave them an unfair advantage in bidding on additional contracts.

In May 2011 Health Minister Madeleine Dubé said better oversight had been put in place.

“It’s clean. Everything’s been looked at. Controls were put in place, procedures are now established. Tighter evaluation is being done,” she said then.