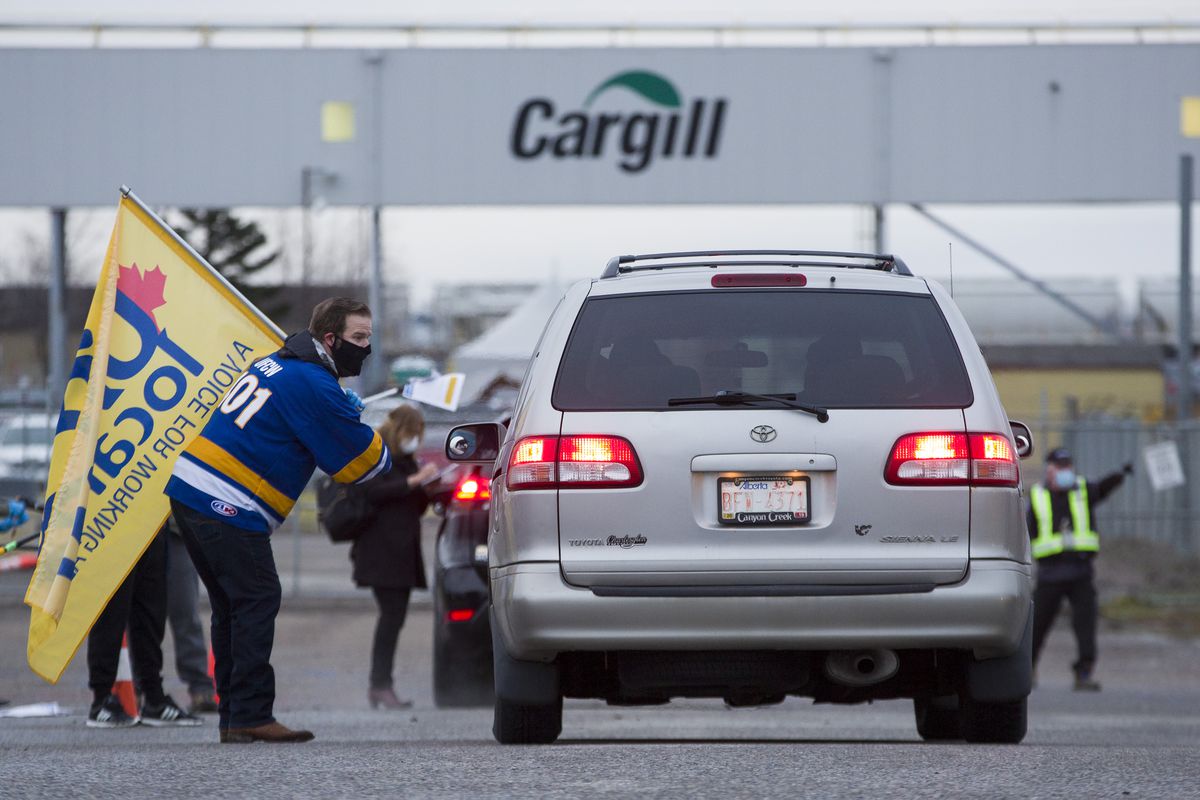 The RCMP is investigating whether one of the world’s biggest agri-food companies is responsible for the death of an employee at a meat-processing plant that had the largest workplace outbreak of COVID-19 in Canada.

Benito Quesada worked at Cargill Ltd.’s slaughterhouse near High River, Alta., and died of COVID-19 on May 7, 2020. Alberta Health counted 937 cases of COVID-19 among employees at the facility this spring, and linked hundreds more to the plant. On Friday, eight months after Mr. Quesada died, his family filed a formal complaint with the RCMP.

Corporal Tammy Keibel said the general investigation unit for southern Alberta will help Foothills County RCMP review the complaint the force received on Friday. The case is in the early stages, and no charges have been laid.

“Based on what is reviewed … if there’s any further investigation required, then that would be done as well,” Cpl. Keibel said.

Cargill on Monday said it had not been contacted by the RCMP.

Corporations can be held criminally liable for workplace deaths and injuries under the Westray Law, which is named after the Westray Mine in Nova Scotia, where 26 labourers were killed in an explosion in 1992. Individuals, such as supervisors, can also face criminal charges for not doing enough to protect workers.

The coronavirus flourished in North American food-processing plants, where labourers work side by side in busy facilities, in the early months of the pandemic. A Globe and Mail investigation last spring found Cargill was slow to implement measures that would protect its employees, who are largely immigrants. Labourers said the company cleared them for work despite COVID-19 symptoms, positive tests, incomplete isolation periods and foreign travel. Cargill employees said they felt pressure to keep working and were offered a $500 bonus if they went eight straight weeks without missing a shift. Cargill shuttered its High River plant for two weeks in April after hundreds of employees fell ill and staff feared further spread. The virus infected 683 employees at JBS Canada’s plant in Brooks, Alta., one of whom died.

Mr. Quesada, who immigrated from Mexico in 2007, was a union shop steward and spent his final shifts checking on his fellow employees. The United Food and Commercial Workers Local 401 is providing his family with legal support.

“The Quesada family has suffered an unimaginable loss,” the union said in a statement. “They are courageously taking this step in an effort to seek justice for Benito, asking the RCMP to investigate the possibility of criminal negligence. The best way we can honour Benito is to stand by his family as they stand up for him.”

Mr. Quesada, a permanent resident, was a husband and a father; his family did not return a request for comment made through the union. Mr. Quesada was 51, and was in hospital for about a month before he died. He lived in High River, just south of Calgary, and joined Cargill’s operation in High River in October, 2007, working on the slaughterhouse’s kill floor. In 2016, Mr. Quesada became a shop steward.

Bui Thi Hiep, one of Mr. Quesada’s colleagues in High River, also died of COVID-19. She was 67. The infection also killed Armando Sallegue, 71, who lived with his son, a worker at Cargill. At the time, the company lowered its flags to half-mast in recognition of its employees who died. Alberta Health Services said it was made aware of the plant’s first COVID-19 case on April 6.

The outbreaks at food-processing plants in Alberta hit immigrant communities particularly hard. The virus spread quickly in homes crowded with multiple generations or roommates. AHS was slow to address language barriers during its initial contact tracing and containment efforts.

The RCMP had not contacted Cargill as of Monday morning, company spokesman Daniel Sullivan said. The company has not viewed the complaint, he said, declining to comment further on the Quesada case.

Since the beginning of the pandemic, Mr. Sullivan said in a statement, Cargill worked closely with Alberta Health Services and Occupational Health and Safety to add measures to protect employees.

“Representatives from both [government] organizations have been on site on multiple occasions and have approved of the actions we have taken during this global pandemic,” he said. “Cargill has operated in a manner that meets or exceeds the government’s health and safety standards.”

Tanya Walker, a litigator with Walker Law Professional Corp. in Toronto, said the Quesada case should not be brushed off as a nuisance complaint. For a case to proceed, RCMP will have to determine whether Cargill or senior managers failed to ensure a safe environment by, for example, not permitting employees to miss work in compliance with COVID-19 isolation restrictions, or not supplying adequate personal protective equipment.

“I think the courts will be sympathetic toward these families if it is demonstrated that they didn’t have the hygiene or the protocols in place to help prevent the spread of COVID,” she said. “I could see the courts probably wanting to send a message.

“If [a company] can’t demonstrate that [it has] been responsible, the courts are likely to impose a fine,” Ms. Walker said.