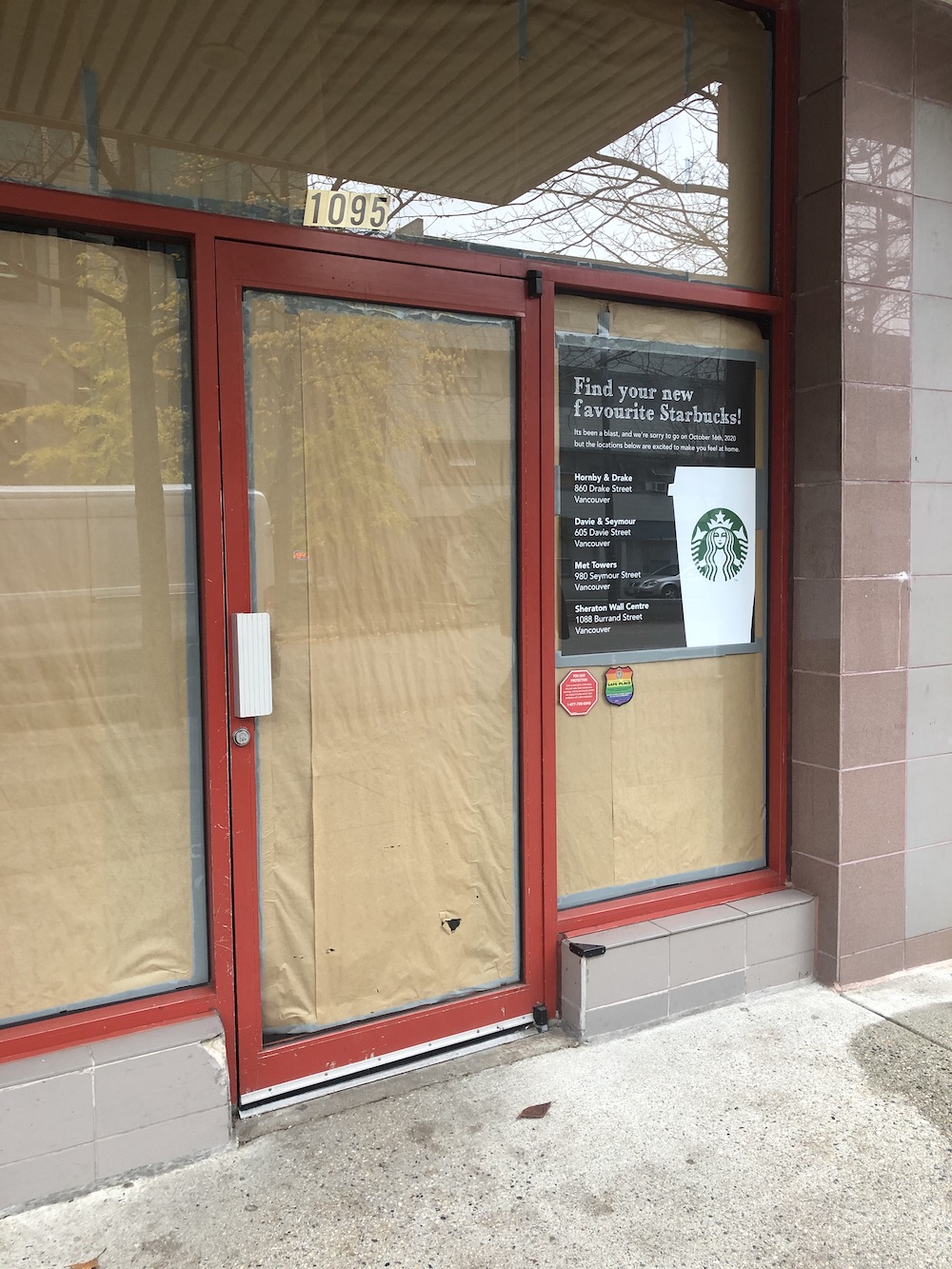 A spokesperson for Starbucks Canada has confirmed to Dished that the company will be closing up to 300 stores across the nation by the end of March as part of its next phase of store transformation.

This news comes about six months after the coffee giant revealed it would be shuttering up to 200 locations across Canada over the course of two years, information the company released to stakeholders in June 2020.

Many of these Starbucks stores have already permanently closed. Starbucks says the widespread closure is in response to a change in customer behaviour and preferences.

Starbucks says most of the stores closing are located in metro, downtown core areas in Canada.

Shuttered Starbucks on Howe Street in Vancouver, BC (Daily Hive)

Starbucks will not be releasing a full list of store closures.

Dished is told the company will be focusing on expanding more convenience-led store formats such as Mobile Order and Pay, Starbucks Delivers, and curbside pickup.

The company says despite these closures the “majority of stores will remain open in Canada” as Starbucks repositions its store portfolio.