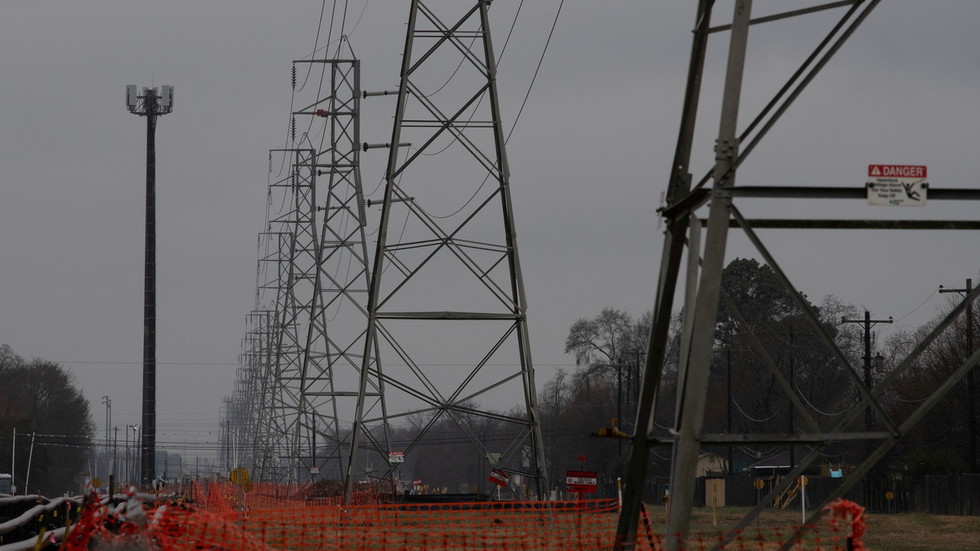 In the wake of a fierce winter storm that knocked out power for millions of Texans, some residents are reporting colossal spikes in their electricity bills, with some asked to pay more than $17,000 for just a few weeks of service.

As the Texas power grid was battered by a days-long snow and ice storm this week – prompting the state’s utilities manager, ERCOT, to impose rolling blackouts – a major shortage of electricity drove up wholesale costs to astronomical levels. While around four million Texans were left in the dark, some of those fortunate enough to not lose power are now reaping the whirlwind in the form of sky-high bills.

Texas resident Ty Williams told a local ABC affiliate that while he typically pays a combined $660 each month for his home, guest house and office, he’s been asked to shell out a shocking $17,000 this time around – and that’s just for the first half of February.

“How in the world can anyone pay that? I mean you go from a couple hundred dollars a month… there’s absolutely no way,” Williams said, adding: “It makes no sense.”

Pretty much you are being held hostage and there isn’t anything you can do about it.

A 38-year-old contractor, Royce Pierce, meanwhile, said he owes more than $8,100 for his electricity use so far this month, a sharp climb from his January bill of $387.79.

“It’s mind-blowing. I honestly didn’t believe the price at first,” Pierce told the Daily Beast. “It’s not a great feeling knowing that there is a looming bill that we just can’t afford.”

Before the state was rocked by this week’s inclement weather, wholesale electricity in Texas went for less than $50 per megawatt-hour, according to ERCOT data. On Monday, however, the Public Utility Commission of Texas (PUCT), a state regulator, ordered the grid manager to jack up prices to beyond $9,000 per megawatt-hour, citing “the scarcity conditions in the market” and its “complete authority over ERCOT.”

Both Williams and Piece use power provider Griddy, which has come in for scathing criticism amid the price jumps. But the company has argued that PUCT’s order is to blame for the surge, insisting it “changed the rules” and kept costs “300x higher than the normal wholesale price,” even after the power grid regained sufficient capacity to return to normal levels. The explanation did little to quell critics, however.

This is so evil. If @GovAbbott has an ounce of common sense he’ll tell Griddy and the rest of these vipers to screw off and refuse to make Texans pay twice: once for the incompetence and now for the greed https://t.co/xaW3Kv0UrO

While Griddy has kept mum about whether it would waive any of the price increases or offer some form of relief to customers, earlier this week it urged patrons to simply find another provider, with CEO Michael Fallquist saying: “We want what’s right by our consumers, so we are encouraging them to leave.

“We made the unprecedented decision to tell our customers – whom we worked really hard to get – that they are better off in the near term with another provider,” he continued.

Griddy and a handful of other providers use a business model that exposes customers to fluctuations in wholesale energy costs in real time, charging a monthly fee of $9.99 on top of the direct cost of electricity. While that approach has often saved patrons money, it did the opposite this week, sending bills to unprecedented highs.

Another Texas provider owned by the city government of San Antonio, CPS Energy, suggested its customers could arrange a payment plan over “10 years or longer” to make the massive bills “more affordable.”

Q – Is CPSE going to provide payment relief to customers?A: We understand that it would be unacceptable to have customers bear the costs on their monthly bill, so we are working diligently to find ways to spread those costs to 10 years or longer to make it more affordable.

The offer was not received well, triggering threats of boycott and allegations of price gouging.

“Are you out of your minds? Those of us that had power AND STILL CONSERVED IT are getting rates jacked up?”wrote one irate resident. “I’m not paying 4x the amount I normally would, increased demand or not. Customers should NOT be eating the cost whatsoever.”

What happens if everybody just boycotts your ass and doesn’t pay anything? You forced us to get used to it during the worst temperatures possible. I’m sure we can handle the moderate weather we are having right now. How about that shit!

As Texas gradually gets its power woes under control, over 100,000 residents remain without electricity, according to data gathered by poweroutage.us. Governor Greg Abbott, meanwhile, has called for a probe into ERCOT’s handling of the crisis, accusing the grid manager of lying about its ability to cope with the blizzard.

“They said five days before the winter storm hit – the ERCOT CEO assured ERCOT, and I quote, ‘We’re ready for the cold temperatures coming our way,’” Abbott said, adding: “What happened this week to our fellow Texans is unacceptable and cannot be replicated again.”