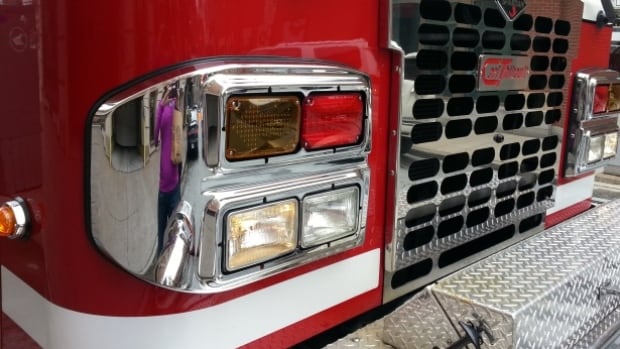 A firefighter sustained a knee injury at the scene but is recovering.

Digby Fire Chief Robert Morgan said crews were called to a structure fire on Montague Row in the south end of DIgby at 5:50 a.m.

When they arrived they found the back of the house engulfed in flames and heavy smoke at the front.

Morgan said firefighters were told that the house may have had two occupants and started a search of the premises.

They discovered one person upstairs and one downstairs. Both were dead.

Morgan said the victims are a mother and son.

The RCMP have not released the identities of the people but say one of the victims is a 65-year-old woman and the other a 31-year-old man.

Peter Janson, who lives across the road from the home, said the woman and her son were well known in the small community.

He said another neighbour was out walking around 5:30 a.m. when he saw the flames and ran back to his home to get his phone and call the fire department.

“[He] tried to go over and get in the house, ” Janson said. “But everything was locked up. He was banging on the door. No response.”

Police were still at the home on Saturday afternoon. The RCMP press release said the cause of the fire does not appear suspicious.