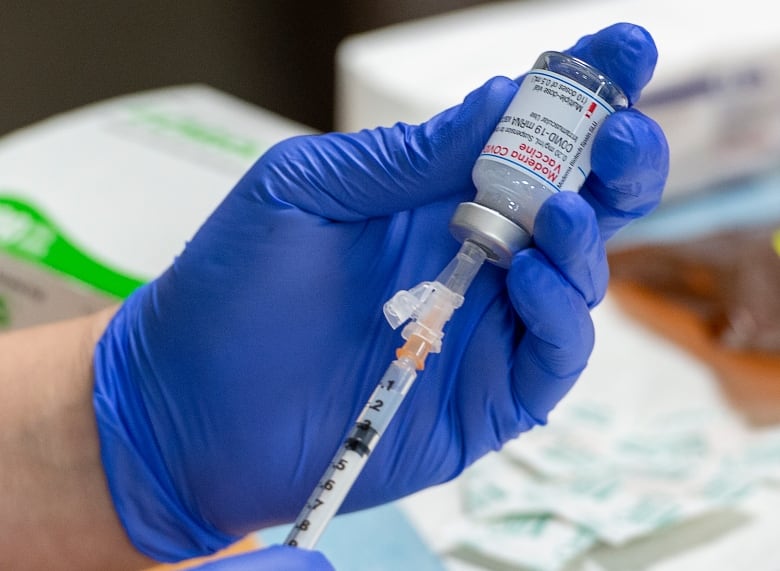 A sixth person has died from COVID-19 in Newfoundland and Labrador as the province reports four new cases of the virus Saturday.

The Department of Health says the latest death was a man over the age of 70 in the Eastern Health region.

The four new cases are all located in the Eastern region of the province, one person between 20 and 39 and three in their 40s.

The province has 271 active cases, as there have been 19 new recoveries since Friday’s update. There were 18 recoveries in the eastern region and one in central.

There are 10 people now in hospital due to the virus, with six in intensive care, according to the department’s media release Saturday.

A pre-registration system opened on Friday to allow people who are 70 and older to decide how they want to be contacted by their regional health authority once a vaccine appointment is available.

The Department of Health said 24,246 people have already pre-registered for their appointment as of Saturday.

Anyone with access to the Internet is encouraged to use the online pre-registration option, the health department said. Anyone can pre-register on the behalf of anyone who is eligible.

Eligible people are asked to wait and pre-register based on their last name:

As of March 7, the Department of Health said eligible recipients who were unable to pre-register during the dates listed above can do so.

The health department said the order in which people pre-register will not determine the order of vaccine appointments.

“It is not designed to be a first come, first serve pre-registration system. Regardless of when you pre-register, everyone who pre-registers will get an appointment,” said the Department of Health.

People do not need to pre-register if they have already received a vaccine or have an appointment booked already with their regional health authority.