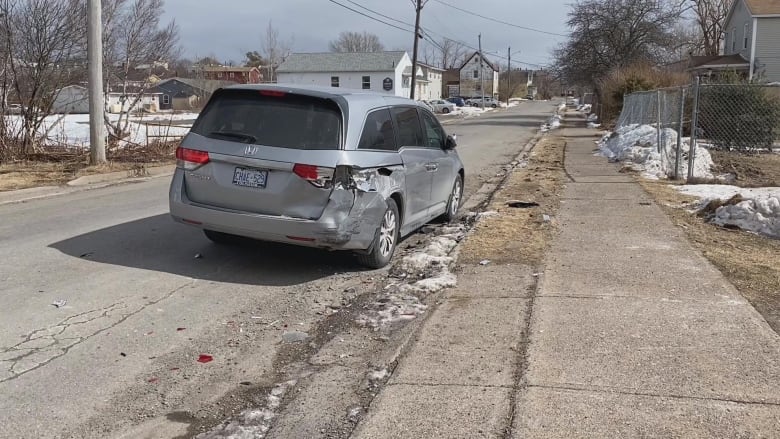 Cape Breton Regional Police have arrested a man who they say assaulted officers and struck a van while driving a stolen, unmarked police vehicle.

The incident began Monday evening as police executed an arrest warrant for Todd Francis Axworthy for failing to appear in court.

The 45-year-old was wanted on charges of mischief, drug trafficking, conspiracy, obstruction and breach of court-ordered conditions.

He allegedly evaded police on Grand Lake Road as they attempted to arrest him.

Police later located Axworthy at the NSCC campus, where he allegedly assaulted arresting officers and drove off in an unmarked police vehicle.

Out of concern for public safety, police say there was no pursuit of the vehicle. However, officers did follow Axworthy at a distance.

The unmarked police vehicle was located a short time later in Whitney Pier after it struck and damaged a parked van.

Police said Axworthy once again escaped, but he was captured Tuesday evening after police received a tip that he was in a Sydney apartment.

Axworthy will appear in court Wednesday morning to face charges from outstanding warrants, as well as new charges stemming from Tuesday’s incidents.