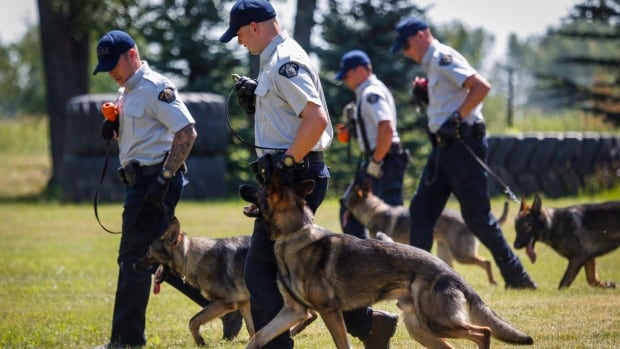 B.C.’s police watchdog has filed a report saying charges should be considered after a man suffered serious dog bites during his arrest in Abbotsford.

The Independent Investigations Office (IIO) says the incident happened after police received a report July 2020 that a man was barricaded inside a residence with a child.

According to Abbotsford Police Department, a police dog and RCMP officer from the Integrated Police Dog Service were used to assist in taking the man into custody. The man sustained serious but not life-threatening injuries and was taken to a local hospital for treatment.

The IIO has filed a report saying, after reviewing evidence, it determined there are reasonable grounds to believe an officer may have committed offences in relation to use of a police dog during the arrest.

But it points that for charges to be approved, the B.C. Prosecution Service must be satisfied there is a substantial likelihood of conviction and that prosecution is in the public interest.

The IIO is the independent civilian oversight agency of the police in British Columbia and investigates all officer-related incidents that result in serious harm or death, whether or not there is any allegation of wrongdoing.