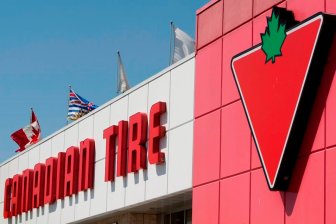 A Rocky Mountain House man is in custody after a gun was on a peace officer during a traffic stop in a rural part of central Alberta.

The man driving got out of the Jeep and exchanged words with the peace officer. RCMP said the man then went back to his vehicle, got a rifle from the back seat, and pointed it at the officer. Police said he did not fire the rifle.

The peace officer repositioned, or moved his vehicle away from the area, while the man with the gun drove away. RCMP said because the man was in possession of a rifle, the public was warned to not approach him or his vehicle.

As of initial publishing the man had not been found, however RCMP sent out an update on Tuesday evening saying the man turned himself in.

A 47-year-old man from of Rocky Mountain House turned himself into the local RCMP detachment in the afternoon.

“The response from the media to assisting the police was perfect,” Operations NCO Sgt. Trevor Shea said. “With the continued support of our local community, these responses collectively aided in the decision for the 47-year old to turn himself in without further incident.”

Because charges have not been sworn in court, identity of the man has not yet been released.