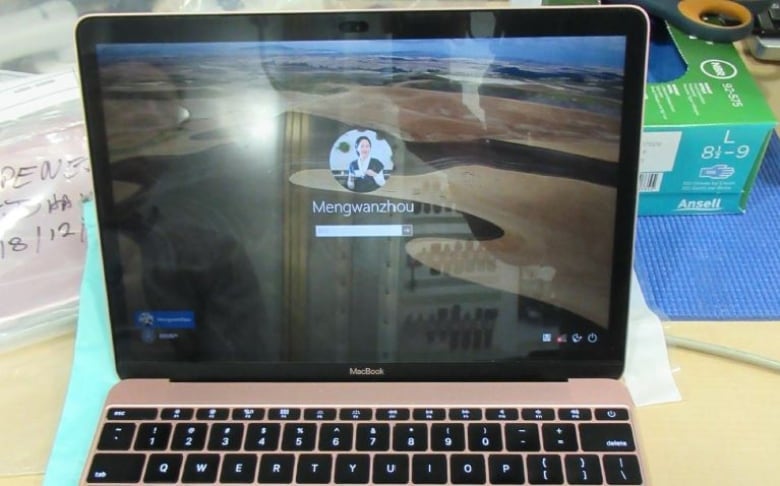 The B.C. Supreme Court judge overseeing Meng Wanzhou’s extradition proceedings says it’s tough to know what to make of the refusal of a key RCMP witness to testify in the high-profile case.

The defence team wants the judge to draw an “adverse inference” from Chang’s refusal to testify and conclude that — despite an affidavit to the contrary — he sent technical information from Meng’s electronic devices to the Federal Bureau of Investigation.

Crown lawyer John Gibb-Carsley told Holmes she didn’t need to do that.

But Holmes said what little is known about Chang’s decision not to take the stand means the principles of “ordinary logic and experience” may not apply.

“The known facts include that he was a senior police officer. I will take judicial notice of this,” Holmes said.

“Generally retired police officers testify in cases they were involved with before their retirement, and that’s not happening here.”

Officer’s role has dogged the case

The U.S. wants to render the 49-year-old to New York, where she is charged with fraud and conspiracy in relation to allegations she lied to an HSBC executive in Hong Kong about Huawei’s control of a subsidiary accused of violating U.S. sanctions against Iran.

Questions about Chang’s actions have dogged the case for months as Meng’s lawyers seek to toss the proceedings because of alleged violations of her Charter rights.

Holmes is currently hearing arguments relating to the actions of RCMP and Canada Border Services Agency officers at the time of Meng’s arrest, including the defence’s contention that Chang provided electronic serial numbers — or ESN — to the FBI outside legitimate channels.

‘No magic to ESN’

Gibb-Carsley stressed to Holmes that the information in question pertains to physical numbering engraved on different parts of cellphones, laptops and tablets.

He said the U.S. wanted the information to complete request forms for mutual legal assistance between Canada and the United States.

But in the courtroom drama surrounding Meng, Gibb-Carsley said the ESN issue has taken on a life of its own.

“There is no magic to ESN,” he said. “In this file, ESN has taken on an exotic persona. More than it deserves in this case. These numbers are serial numbers by a different name.”

Chang — who now lives in Macau — swore an affidavit in which he said he did not share the ESN information with the FBI.

In their court filings, Meng’s lawyers say he has since hired a lawyer and refused to testify warranting a conclusion from Holmes that “cross examination would have exposed facts unfavourable his credibility and likely contrary to his stated evidence.”

Gibb-Carsley spoke carefully as he dealt with Holmes’ questions, saying no reason for Chang’s refusal had been presented into evidence.

Documents previously filed by the court include the words “witness safety” in regards to a conversation between Chang and lawyers for Canada’s attorney general, but no one has elaborated on the issue.

Holmes also questioned another Crown lawyer Thursday about the impact on the case of a recent ruling finding unrestricted searches of electronic devices at the border unconstitutional.

The Crown has argued that CBSA officers acted within laws giving them the power to perform limited searches of phones to determine immigration admissibility when they seized Meng’s phones and compelled the passwords prior to her arrest on Dec. 1, 2018.

Those actions predated an Alberta Court of Appeal decision last fall that found a CBSA customs search which discovered child pornography on an Edmonton man’s phone was in violation of protections against unreasonable search and seizure.

The Crown says the ruling is not binding on Holmes and concerns searches of “goods” justified by the Customs Act — as opposed to actions taken under the Immigration and Refugee Protection Act to assess travellers trying to gain access to Canada.

Previous court decisions have established that CBSA officers can perform limited searches of phones at the border to help determine whether someone is inadmissible for reasons of criminality or national security, but they can’t undertake deeper criminal investigations.

The Alberta Appeal Court judges said “some of the information commonly stored on cellphones and other devices must be made available to border agents as part of the routine screening of passengers.”

But they said Parliament should revisit the Customs Act and the limits of searches involving the vast quantity of data now stored on personal electronic devices.

“Is there anything about the reasoning that would not apply equally to the immigration regime?” Holmes asked Crown lawyer Diba Majzub.

Majzub said he could not assist the judge further.