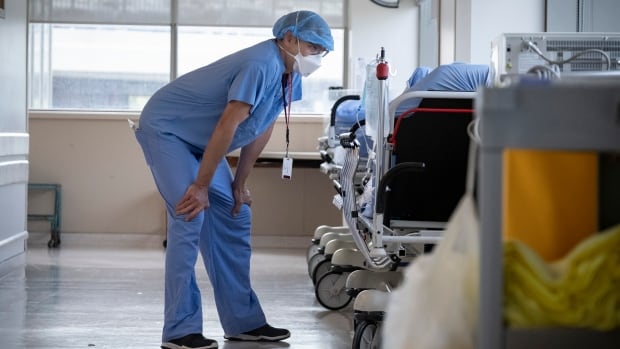 Ontario reported 975 additional cases of COVID-19 and the deaths of 12 more people with the illness on Tuesday.

The recently confirmed infections come after five straight days of more than 1,000 new cases daily in the province.

Other public health units that saw double-digit increases in cases were:

(Note: All of the figures used in this story are found on the Ministry of Health’s COVID-19 dashboard or in its Daily Epidemiologic Summary. The number of cases for any region may differ from what is reported by the local public health unit, because local units report figures at different times.)

Ontario’s lab network completed just 25,979 test samples for SARS-CoV-2, the virus that causes COVID-19, and logged a test positivity rate of 4.4 per cent. The nearly 26,000 samples processed is the fewest on a single day in the province since early November 2020.

The seven-day average of new daily cases stands at 1,055. A steep downward trajectory in the seven-day rolling average that began on Jan. 12 has begun to stall.

The Ministry of Education also reported another 175 school-related cases: 149 students, 22 staff and four people who were not identified. The province recently begun the expansion of asymptomatic rapid testing in schools. Here’s what you need to know about the program.

Meanwhile, the province said it administered 16,252 doses of COVID-19 vaccines yesterday. As of 8 p.m. Monday, 247,042 people in Ontario had received both doses of a vaccine and are fully immunized against the virus.