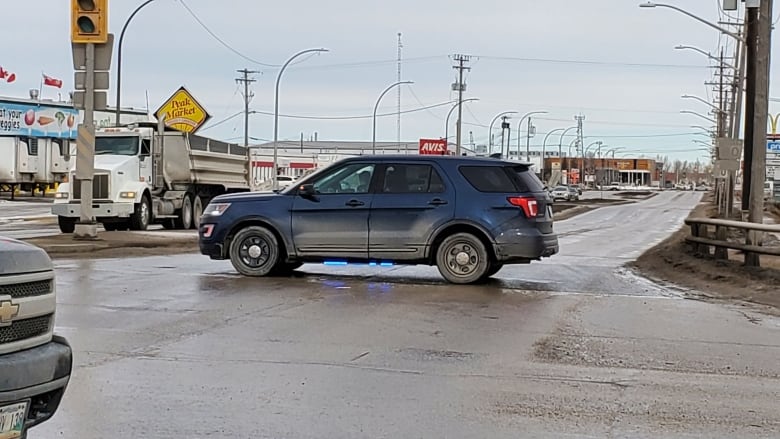 Traffic is backed up on a major route in Winnipeg that could be closed for hours as Manitoba Hydro crews work to repair a natural gas leak.

As of just after 10 a.m., Route 90 was closed from Logan to Dublin avenues.

Police also advised drivers to avoid a large area of Route 90 between Selkirk and Notre Dame avenues, and surrounding areas between Keewatin Street and Buhr Boulevard. Buhr is a short road that runs north-south between Red River College and Brookside Cemetery.

“It’s all in an abundance of caution,” Manitoba Hydro spokesperson Bruce Owen said. “The last thing you want is for any ignition source to ignite this gas.”

Someone in the area who smelled natural gas notified the Crown corporation around 7:30 a.m., he said.

Hydro crews traced the source of the odour to a parking lot on King Edward, where there are a number of industrial businesses. Owen was not aware of any evacuations in the area.

There aren’t any known leaks in the buildings, though there are in the sewer, Owen said. A crew began digging at the site to expose the pipe and stop the leak.

He suspects it could take hours for crews to repair the leak.