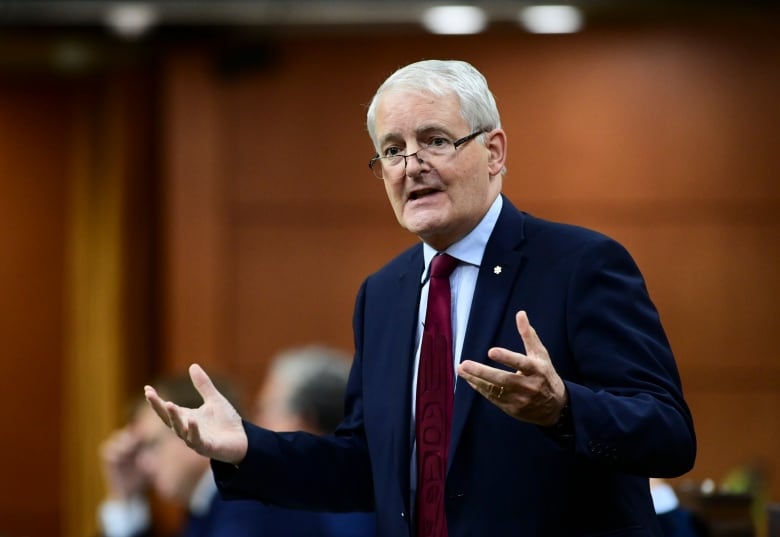 Winnipeg MP Jim Carr is returning as a full cabinet member after stepping aside for cancer treatments.

The move was announced in a cabinet shuffle this morning that saw four members in total take on new roles.

Carr stepped down as the minister of international trade diversification following a diagnosis of multiple myeloma, after experiencing flu-like symptoms during the 2019 federal election campaign, though Prime Minister Justin Trudeau appointed him as a special representative for the region.

Today, Carr rejoins the cabinet table as a special representative for the Prairies.

In the spring Carr said he was returning to hospital for a stem cell transplant after the treatment was twice delayed due to the COVID-19 pandemic.

Tuesday’s shuffle was triggered when Liberal MP Navdeep Bains’s announced his decision not to run in the next election to spend more time with family.

François-Philippe Champagne will replace Bains at Innovation, Science and Industry and Marc Garneau will move to Foreign Affairs.

Mississauga Centre MP Omar Alghabra will be promoted to cabinet to take over Transport.

In his statement, Bains said after six elections he decided 2019 would be his last and he is stepping away from cabinet.

“I have lived the Canadian dream; I am the son of a cabinet maker who had the opportunity to serve as a cabinet minister,” he said in a statement posted Tuesday morning.

“But it’s time for me to focus on the most important job I have in life — being a Dad.”

My statement on my decision not to run in the next election and leaving cabinet:

The move comes just ahead of a virtual cabinet retreat scheduled for Tuesday afternoon.

Trudeau last had to shuffle his cabinet in August after former finance minister Bill Morneau announced he was stepping down from the key position amid the WE Charity controversy to run for a job as the next secretary general for the Organization for Economic Co-operation and Development (OECD).

Morneau was being investigated by Ethics Commissioner Mario Dion after revealing that he had to repay WE Charity $41,366 in travel expenses covered for him by the organization. Dion dropped his investigation in October.