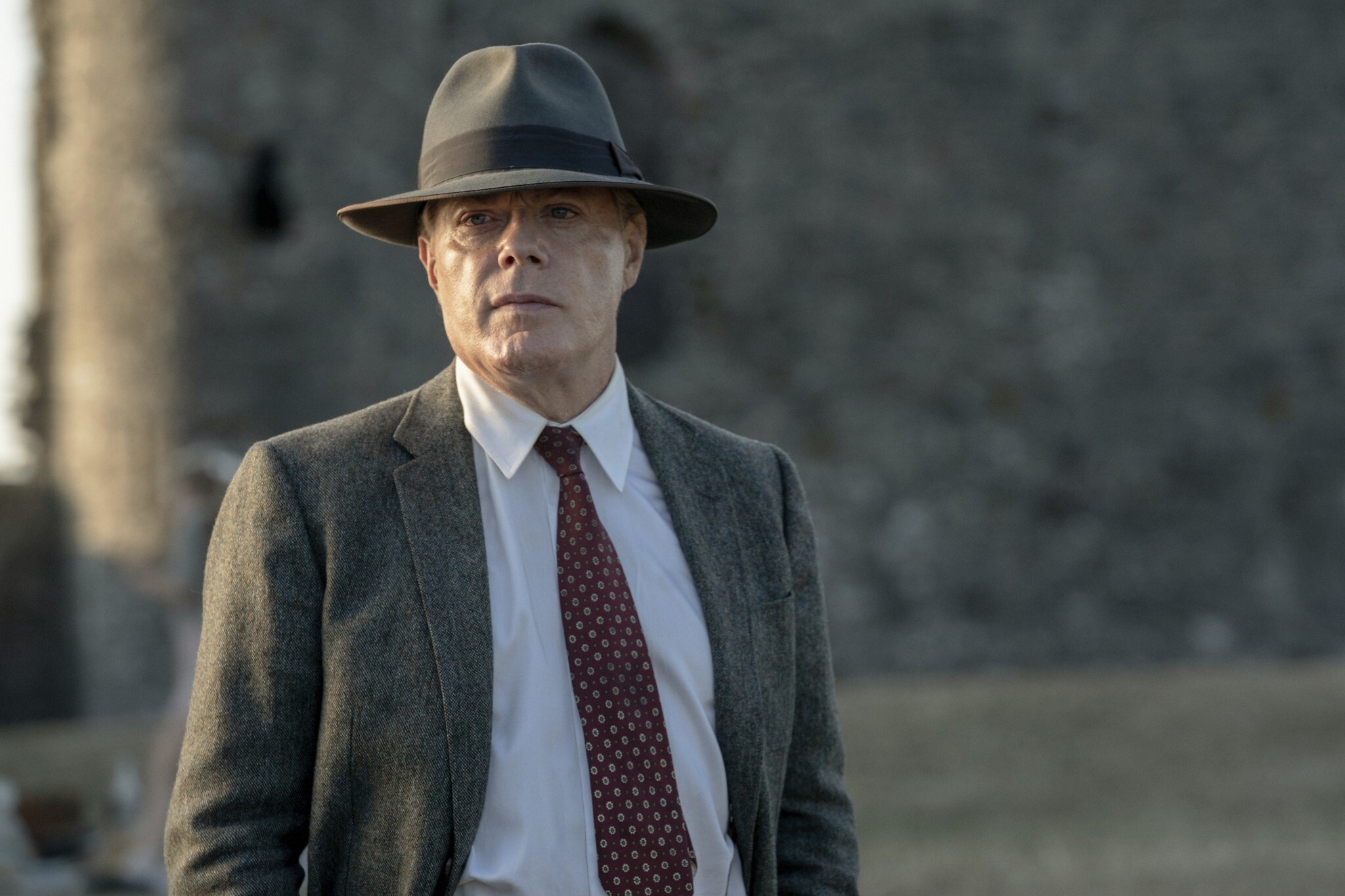 Since the 1890s, hundreds of independent schools have operated in the English seaside resort town of Bexhill-on-Sea. But among all of Bexhill’s schools, one stands out for shocking reasons: Open from 1932 to 1939, the Augusta Victoria College (AVC) was a Nazi school for teenage girls and young women ages 16-21.

Located on the south coast of England in the county of East Sussex, the town of Bexhill has been historically considered a healthy and safe place for British and foreign aristocrats, diplomats and wealthy parents to place their children while they worked or traveled abroad.

Among AVC’s students were chief of German police Heinrich Himmler’s goddaughter, the daughter of Nazi Germany’s foreign minister Joachim von Ribbentrop, the daughter of Hitler’s representative at the Vatican, Diego von Bergen, and the niece of German ambassador to Britain Herbert von Dirksen.

The unique college, named for the last German empress, provides the historical basis for the cinematic espionage thriller, “Six Minutes to Midnight.” Opening in theaters and on demand in the United States on March 26, the film’s excellent cast includes Judi Dench, Carla Juri, and Eddie Izzard, who co-wrote the screenplay with fellow actor Celyn Jones and director Andy Goddard.

Izzard, who has deep family roots in Bexhill and spent 11 years of her childhood there, told The Times of Israel in a recent Zoom interview from her home in London that she was amazed to learn about AVC. (Izzard, who identifies as gender fluid, prefers female pronouns. Whereas she may be in “girl mode” while doing standup comedy or in everyday life, she plays only male dramatic roles.)

“This school was [in Bexhill], and it just seemed bizarre and wrong to me,” she said. 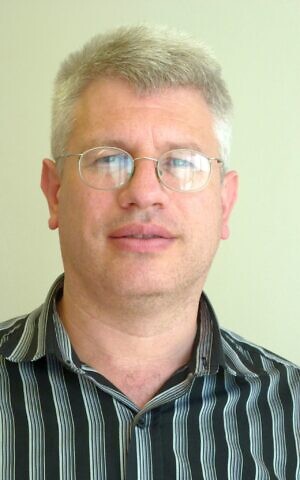 Izzard is not alone in being unaware of the college’s existence. The Times of Israel made inquiries about AVC with a number of Jewish history scholars in Britain, including one specializing in the history of the Jews of Britain, and all responded that they had never heard of the school. A representative of the Jewish historical society of nearby Brighton and Hove answered similarly.

Relatively little documentation survives about the school. Bexhill Museum‘s curator Julian Porter shared with The Times of Israel the museum’s dossier on AVC. It contains only some local newspaper clippings and a 2014 interview by Izzard with a 99-year-old woman who worked in the late 1930s as a young au pair at the school, accompanying the students to their activities and helping them practice their English.

Fortunately, two physical artifacts survive from the school. They were so striking as to convince Izzard, Bexhill Museum’s patron, to make a movie set at AVC. 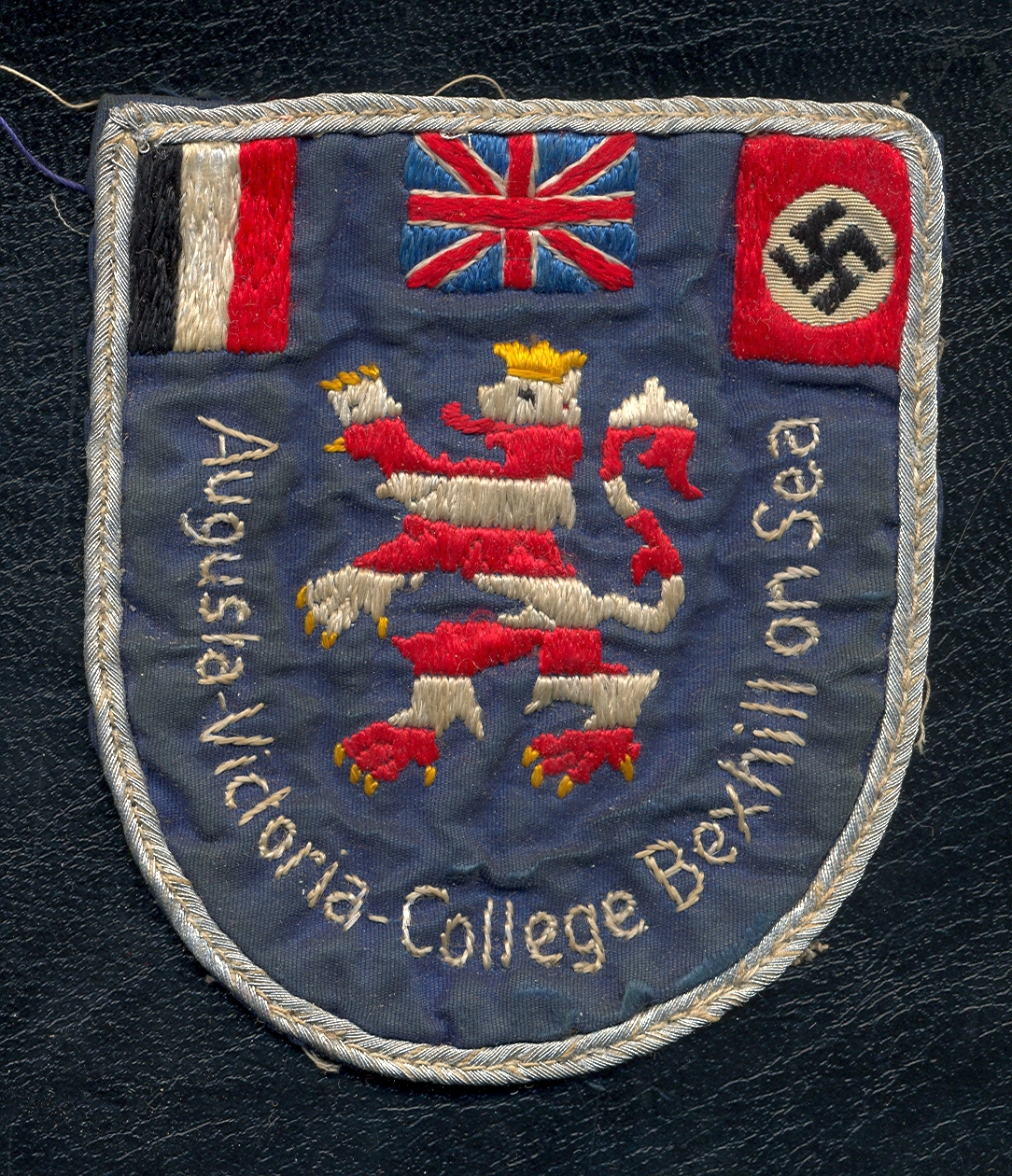 The first is a school badge (worn by students on their uniform blazers) dating to the school’s earlier years. The logo includes the German lion, the imperial German flag, the Union Jack, and the Nazi swastika flag.

The second is a school prospectus from circa 1935, which has a revised logo, from which the imperial flag has been omitted. This change coincided with the arrival of principal Frau Helene Rocholl, who had close ties to the Nazi regime.

Notably, the only published mention of the school of which curator Porter is aware is in “Paris Fashion And World War Two. Global Diffusion and Nazi Control,” which includes a few sentences on the badge.

“Julian showed me this, and I was like, ‘Really?!’,” Izzard said as she held up the logo’s image on her smartphone’s screen.

“The fact that this was happening in Bexhill seemed odd… People wearing the Nazi swastika on the British seaside is a fascinating juxtaposition,” she said.

Augusta Victoria College badge as it appeared on c. 1935 prospectus. Badge includes British and Nazi Germany (Swastika) flags. Imperial German flag that was on previous version is no longer there. (Courtesy of Bexhill Museum)

The swastika wasn’t just for show. The au pair, Mollie Willing Hickie, recalled the students listening to Hitler’s speeches over the radio. One student wrote in her memoir that they celebrated Hitler’s birthday. A photo of AVC students greeting German war minister Field Marshall von Blomberg, Hitler’s representative at the London coronation of King George VI, in May 1937, shows the girls giving the Nazi salute.

Porter explained that Bexhill has German associations going back to 1804, when the infantry of the King’s German Legion was based in barracks in the town. Subsequently, there is a long history of German language schools in Bexhill, but Porter agreed with Izzard about the oddity of the openly Nazi institution. Although Bexhill was historically conservative, it elected its first socialist mayor, the 9th Earl De La Warr, in 1932, and locals ran the Blackshirts out of town. 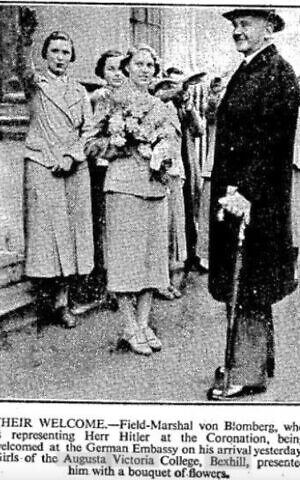 Clipping from The Times, May 10, 1937. Augusta Victoria College students in London with Field Marshall Werner von Blomberg, Hitler’s first Minister of War, at coronation of King George VI. The girls are seen giving the Nazi salute. (Courtesy of Bexhill Museum)

“A clash between members of the British Union of Fascists and a crowd of several hundred people led to disorderly scenes on the Down last Friday night, and the situation might have become serious had not the police intervened,” The Bexhill-on-See Observer reported on July 25, 1936.

Porter surmised that local residents likely didn’t consider the AVC students a threat, because as long as they were present, hostilities between Germany and Britain were unthinkable.

“It was a barometer for the probability of war,” Porter said.

The girls were evacuated back to Germany during the Munich Crisis in September 1938, but returned to Bexhill after only two weeks. They next left in late August 1939 — and for good. 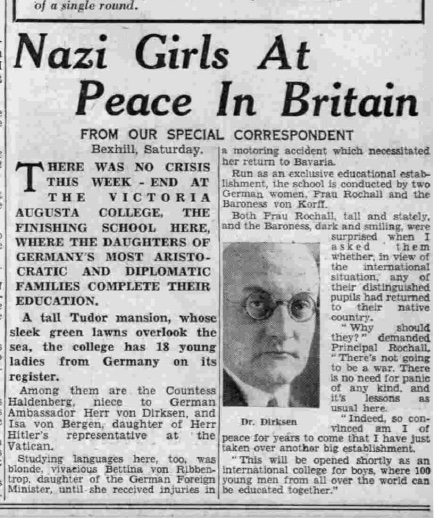 April 4, 1939 article in The People reports that no Augusta Victoria College students had returned home, and that principal Frau Helene Rocholl is confident there will not be a war. (Courtesy of Bexhill Museum)

As Bexhill residents were readying for war with gas masks and sandbags, principal Rocholl was quoted in The People newspaper on April 30, 1939, saying, “There’s not going to be a war. There is no need for panic of any kind, and it’s lessons as usual here.”

From its inception, AVC’s goal was purportedly to cultivate international friendship between Germany and Britain. This was true, but it was mainly about the Nazis trying to keep Britain out of the upcoming war by seeking an alliance with the British aristocracy.

“The Third Reich was signaling to Britain that it would support its continued rule over its empire, so long as it didn’t stand in Germany’s way of conquering all of Europe,” Porter explained.

In the fictional “Six Minutes to Midnight,” the AVC girls are used as pawns in a dangerous political game. In real life, the students were also set up — albeit less dramatically — to achieve others’ objectives.

AVC was essentially a finishing school. According to Porter, the curriculum comprised domestic studies, regular review and discussion of German newspapers (and thus Nazi propaganda), and most importantly English language instruction. Au pair Hickie reported that all the girls successfully attained the Cambridge Certificate of Proficiency in English. 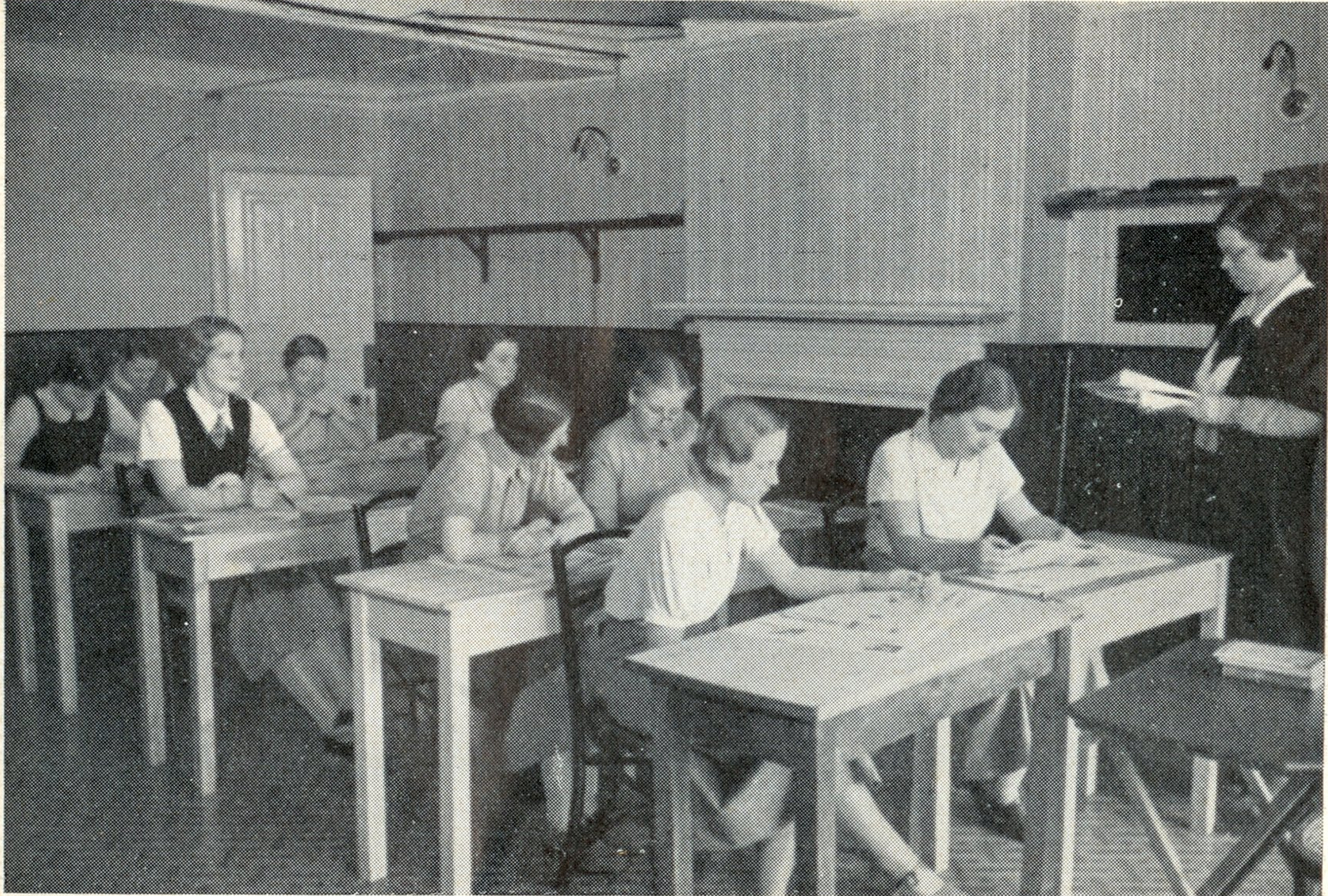 Proficiency in English was key to alliance building between the elite of the two countries.

Rev. Dr. F. E. England, minister of the local Presbyterian Church, whose services were attended by some of the AVC students, was quoted in the Bexhill-on-Sea Observer on October 12, 1935, as saying, “The girls came from Germany not merely to study English — they could do that in Germany — but in order to get an insight into our English life and  understand us.”

Porter suggested the intention could have been for these young women, with their immaculate English, to marry high up in British society and thus exercise soft power. 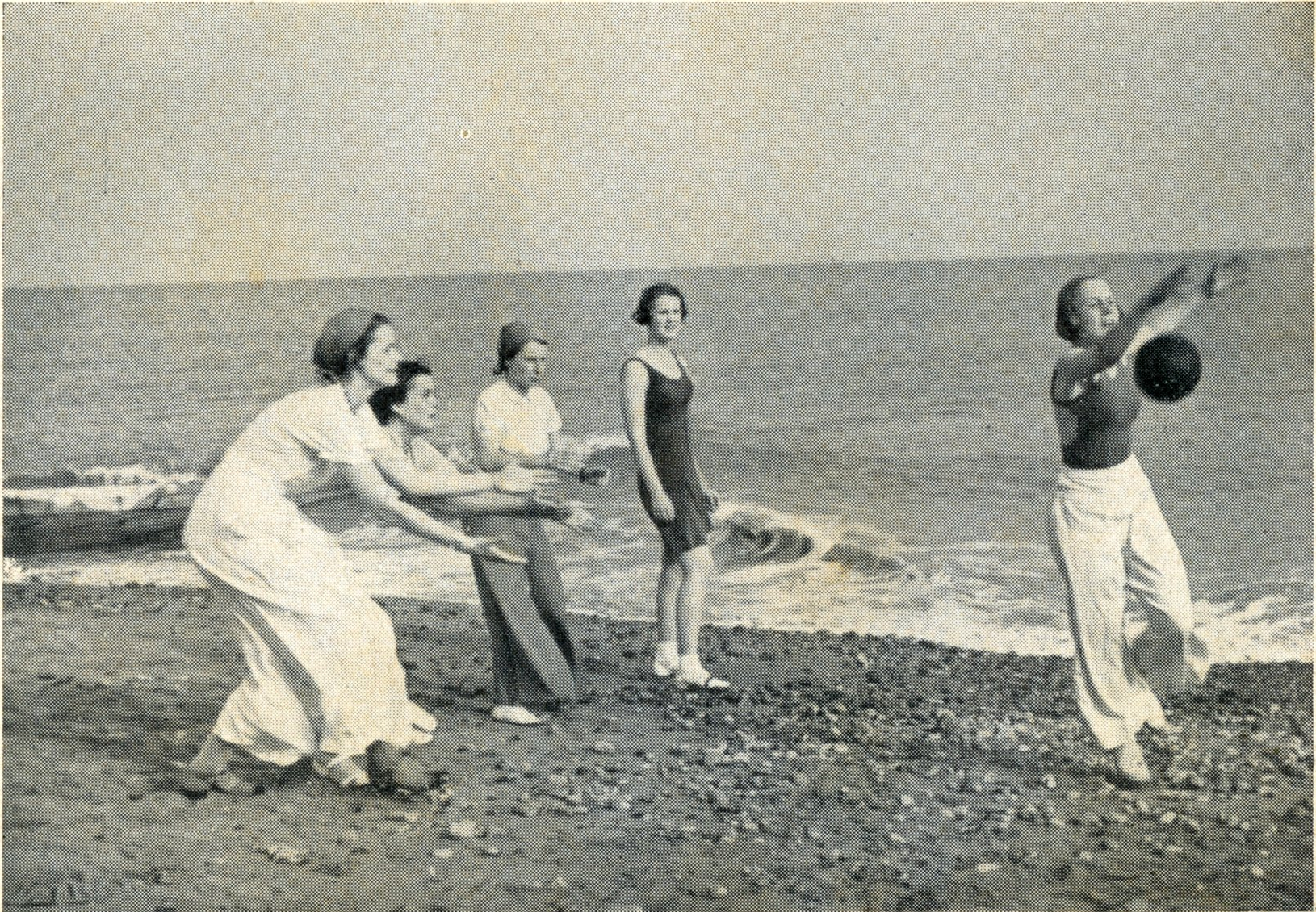 When asked by The Times of Israel whether this preparation could also have been to make spies of the girls, Porter speculated it was possible. In any case, Izzard did not go with that possibility. Although there are spies in “Six Minutes to Midnight,” they aren’t the students.

However, Izzard and his co-writers did use dramatic license to change some of the minimal information on AVC to create a compelling narrative and offer important messages for today’s viewers.

The girls come across as impressionable, rather than as indoctrinated from having grown up in a country with racial laws enforced by violence. One girl in particular, Gretel, quietly questions going along with the crowd. 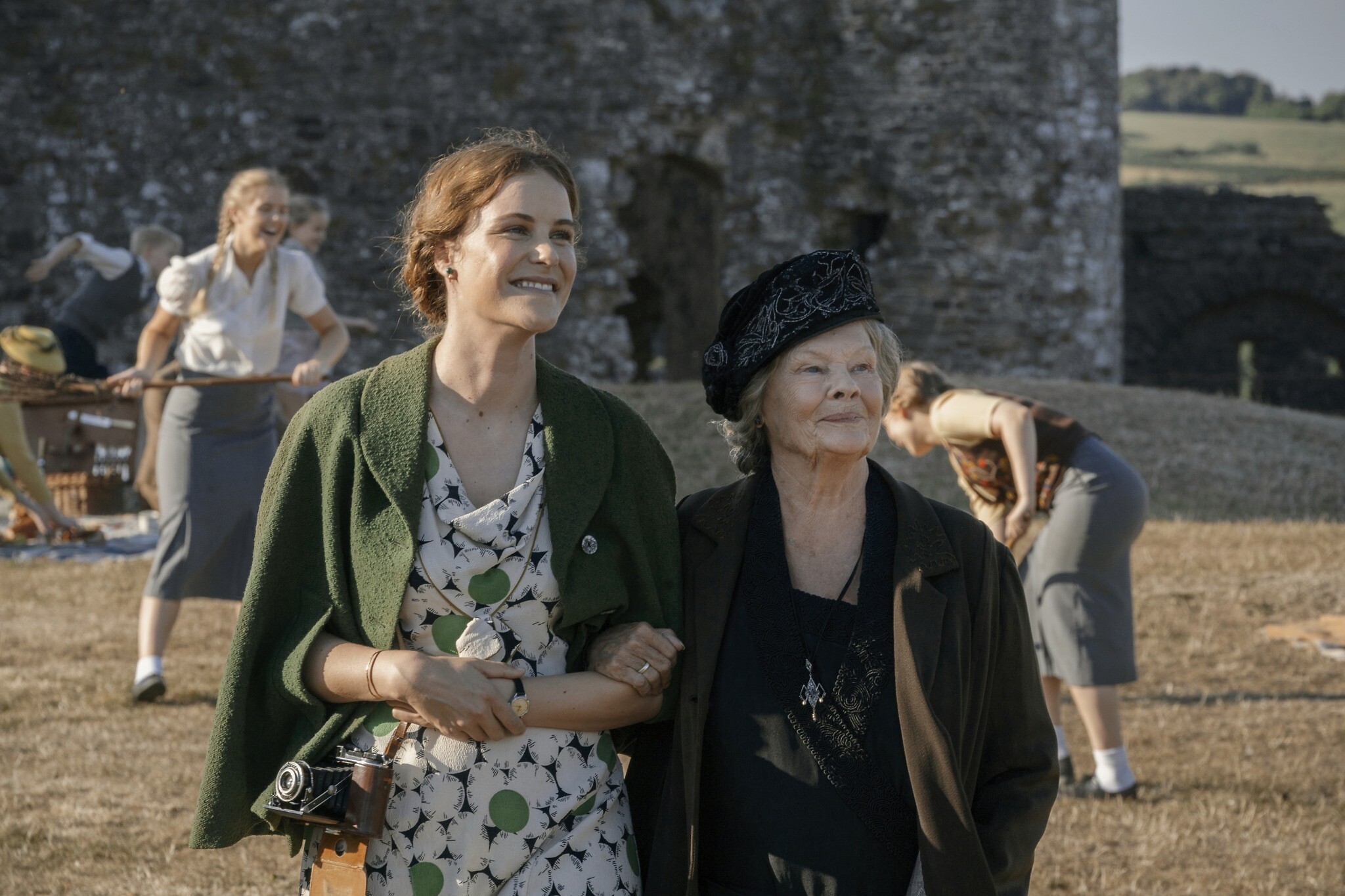 “We took license with this because if they were dyed-in-the-wool Nazi children, that would be the story you always get… You don’t hear the story of the other people who just went along with it, or who disagreed with it but didn’t open their mouth because they’d get their head kicked in,” Izzard said.

In the film, the German Frau Rocholl is replaced by Miss Rocholl (Dench), an English woman born in Bexhill.

“It sort of links her back to Mollie, the Englishwoman working at the school. This way we could show how someone [English] might be drawn into or attracted by some elements of Nazism,” Izzard explained.

Finally, there is Izzard’s own character, Thomas Miller, who shows up as a replacement English teacher after a former instructor disappears (and later shows up dead). The writers made Miller half German and half English, which causes people on both sides to mistrust him.

Izzard was clear on where Miller’s loyalty lies. “It’s to democracy,” she said.

It’s natural to get caught up in the fictional plot of “Six Minutes to Midnight,” but Izzard emphasized the importance of remembering that it sits on a foundation of history relevant to events of our time, such as the storming of the United States Capitol on January 6, 2021.

“The story underneath is a lesson from history, and if we don’t learn from history we are doomed to repeat it,” Izzard said.