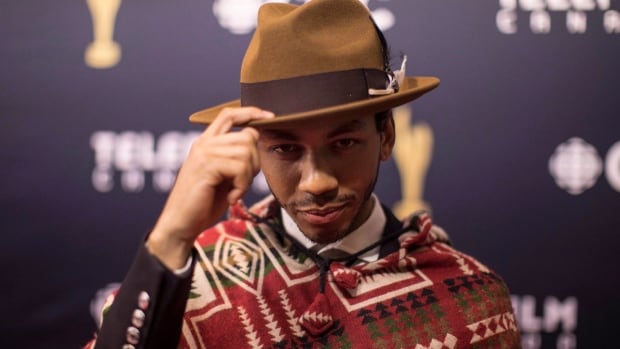 Jahmil French, the Toronto-born star of Degrassi: The Next Generation, has died, his manager confirmed to CBC News. He was 29.

“It is with a heavy heart that I confirm the passing of a dear friend and client Jahmil French,” Gabrielle Kachman said in a statement.

The circumstances of his death were not disclosed.

“He will be remembered by many for his passion for the arts, his commitment to his craft, and his vibrant personality. I ask that you keep his family and friends in your thoughts and prayers at this difficult time,” Kachman added.

Tributes for French, who played Dave Turner in the teen series Degrassi and also starred in the Netflix series Soundtrack, poured in on social media Tuesday as co-stars and colleagues learned of his death.

“You will always hold such a special place in my heart,” wrote Degrassi co-star Mindy Shankar, who played Alli Bhandari on the show. “Thank you for being one of the most talented, compassionate, kindest, funniest friends I have. You were so loved.”

Fellow Degrassi star Chloe Rose, who played Katie Matlin, tweeted that she was “in shock.”

“He always wanted to make people laugh and smile, a true joy to be around.”

Still in shock. Jahmil will be missed. He was an integral part of the Degrassi family and certainly a huge part of my degrassi days. He always wanted to make people laugh and smile, a true joy to be around. Rest in Peace ❤️ pic.twitter.com/6RewkjcFa1

On its website, the Scarborough-based Wexford Collegiate School for the Arts lists French among its graduates.

In 2018, French received a Canadian Screen Awards nomination for his work in the film Boost, about two immigrant teenagers embroiled in car-theft scheme in Montreal.

French told the Globe and Mail that year that a day before finding out about his nomination, he went to buy a poster of his favourite movie, Training Day, only to find out later he was nominated in the same category as one of its stars, Ethan Hawke.

“What are the chances that I just put a poster of him and Denzel Washington up on the wall to honour my ambition and my infatuation, and the next day, I’m in the same category as him?” the newspaper quoted French as saying.

Another Degrassi star, Jessica Tyler, posted a statement online Tuesday saying the stars of the show were “a family.”

“It can be so easy to forget, or rather not spend that much time speaking about, where it is that we came from,” she said.

Although not all of the show’s members kept in close contact since it went off the air, they are “bound together, forever, by the unique experience we call Degrassi,” she said.

“You are so loved, Jahmil… Rest in Peace. Your kindness and bright light will not be forgotten. Much love to you my friend.”

In his final post on Instagram six weeks ago, French posted a photo captioned with only a smiling emoji.

On Tuesday, the post was filled with comments by fans and friends shaken by his loss.