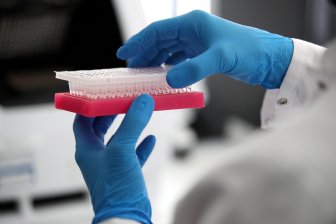 Jessica Walter, the Emmy-winning actor best known as the sarcastic, acerbic mom Lucille Bluth on TV show Arrested Development, died on Wednesday in her sleep at her New York City home. She was 80 years old.

“It is with a heavy heart that I confirm the passing of my beloved mom Jessica,” Walter’s daughter, Brooke Bowman, said in a statement. “A working actor for over six decades, her greatest pleasure was bringing joy to others through her storytelling both on screen and off. While her legacy will live on through her body of work, she will also be remembered by many for her wit, class and overall joie de vivre.”

Walter’s feature debut was in the 1964 film Lilith, with Warren Beatty, Jean Seberg and Gene Hackman, who was also starring in his first film.

She also snagged a role in John Frankenheimer’s racing epic Grand Prix, from 1966, as the glamorous but discontented wife of a Formula One racer who falls for another driver. That same year she appeared in Sidney Lumet’s The Group, a female-led ensemble about the graduates of a prestigious university (Walter played the catty Libby), and acted for Lumet again in 1968’s Bye Bye Braverman.

Walter earned an Emmy nomination for supporting actress and two Screen Actors Guild nominations for her standout work as Bluth on Arrested Development. She had previously won an Emmy for her title character role in 1974 police drama Amy Prentiss.

She was also nominated for a best actress Golden Globe in 1971 for her work in movie Play Misty For Me — Clint Eastwood’s directorial debut. She played Evelyn Draper, the woman who becomes obsessed with Eastwood’s disc jockey character. Walter was widely praised for her unnerving performance.

Roger Ebert wrote in his review that “she is something like flypaper; the more you struggle against her personality, the more tightly you’re held.”

She did voice work as well, playing the role of Malory Archer on animated series Archer.

Although her photogenic appearance might have qualified her for standard leading lady roles, Walter claimed no regrets about being cast as a character actor.

She loved playing difficult women because “those are the fun roles. They’re juicy, much better than playing the vanilla ingénues, you know—Miss Vanilla Ice Cream,” Walter said in an AV Club interview.

As soon as her death was announced, celebrities and notable figures around the world shared their condolences on social media.

She was a force, and her talent and timing were unmatched. Rest In Peace Mama Bluth. pic.twitter.com/wJeOeJleR3

The way Jessica Walter could make you laugh with just a look ? pic.twitter.com/Hq1GcoCN2A

I loved Jessica Walter. For me, knowing her mostly from dramatic work in films like ‘Play Misty For Me’ just made the comic genius of her turn in ‘Arrested Development’ even more delightful. You can watch her reactions shots on a loop. Lucille Bluth Forever. pic.twitter.com/hwBLDyJBET

no one except jessica walter has ever been funny, and no one will ever be funny again. pic.twitter.com/SyezABW6GB

I think Jessica Walter’s Lucille Bluth was the single funniest TV performance I can think of. The writing and everything put her in a position to succeed and all that, but she just couldn’t have been better in it.

Oh GODDAMIT. She was such an absolute sweetie. RIP queen https://t.co/1XG7kq5eSj

In lieu of flowers, her family has asked that donations be made to Guiding Eyes for the Blind, an organization that provides guide dogs to those with vision loss.

Walter is survived by Bowman — the SVP of drama programming at Fox Entertainment — and her grandson, Micah Heymann.

— With files from The Associated Press