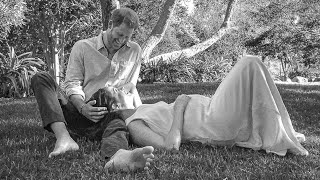 When the couple named their son Archie Harrison Mountbatten-Windsor, the Duke and Duchess signified they would not use a title for their first born.

The Duke and Duchess broke with royal convention by making a personal decision not to use a title, thought to be inspired by Harry’s wish to have been a normal child, rather than a prince, as he grew up.

A source said of Archie’s name: “They have chosen not to use a courtesy title at this time.”

Where will the baby be born?

The Duchess is expected to welcome her second child overseas.

He or she will be the most senior royal in the current line of succession to have been born abroad.

Read more: Meghan will have the best birthing team LaLaLand has to offer

What nationality will the baby be?

No details have been released about the baby’s citizenship, but it is believed that the Duke and Duchess are able to apply for dual UK and US citizenship.

It is understood that the royal baby will automatically be a British citizen because of the Duke’s citizenship.

What will the baby be called?

The names Alfie and Alexandra are the favourites with one bookmaker to be picked by the Duke and Duchess of Sussex for their new baby.

Ladbrokes has Alfie and Alexandra as frontrunners, both with odds of 4-1.

Alex Apati, of Ladbrokes, said: “Archie was a modern twist on a traditional name, so it’s no surprise Charles/Charlie are up there as things stand at 5-1 apiece.”

Other names favoured by punters include Elizabeth and Philip – the names of Harry’s grandparents the Queen and Duke of Edinburgh – with odds of 6-1, while Diana, the name of the duke’s mother, is priced at 10-1.

Diana is the joint favourite with bookmaker Coral with odds of 10-1 alongside Thomas, the moniker of Meghan’s father Thomas Markle.

The firm has priced Spencer at 12-1 and Albert, Philip and Elizabeth, all 16-1, are the other names near the top of Coral’s market.

Coral’s Harry Aitkenhead said: “Spencer, Albert and Philip are all in the mix, whilst Alice and Emma are two outside picks for girls’ names.”

Oliver and Diana are the joint 8-1 favourites with Betfair for the new baby, with an outside bet the 25-1 name Doria – the moniker of Meghan’s mother Doria Ragland.

Betfair spokesperson Sam Rosbottom said: “Having picked Archie – a name that wasn’t even on our list, for their first child – the odds suggest Meghan and Prince Harry could opt for a more traditional name for their second with Oliver and Diana the joint 8/1 favourites with Betfair.

“Other names with royal connections are also towards the top of the betting including Arthur and Grace, both at 10-1, and Philip, Albert, George and Isabella all at 12-1.”

What have family members said so far?

Her Majesty, the Duke of Edinburgh, the Prince of Wales and the “entire family” are “delighted” and wish them well, Buckingham Palace said.