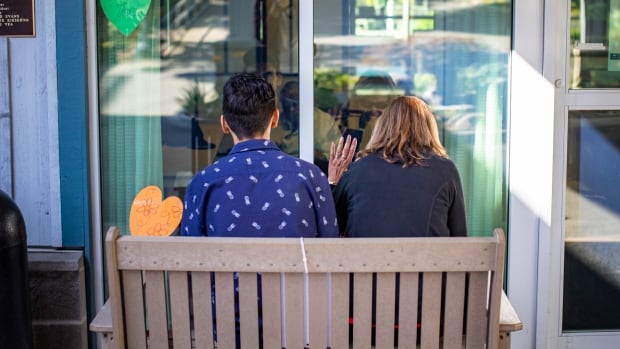 Premier John Horgan said Wednesday that Henry would provide an update on restrictions in long-term care facilities, which were among the hardest hit during B.C.’s first and second waves.

The majority of staff and residents have since been vaccinated.

The province currently allows residents to see one person at a time — a “designated” visitor — in a common area, either indoors or outdoors. The visits must be booked in advance and visitors must talk to their loved ones from at least two metre away.

The documents from Vancouver Coastal Health say facilities in that region would allow residents to name one designated social visitor.

That visitor would be allowed physical contact with residents. They would also be allowed to bring food and pets into the facilities and take residents away for outings.

A report from Isobel Mackenzie’s office last fall found residents had used more anti-psychotic medications while restrictions were in place.

They had also suffered a spike in unexplained weight loss, worsening moods and symptoms of depression.