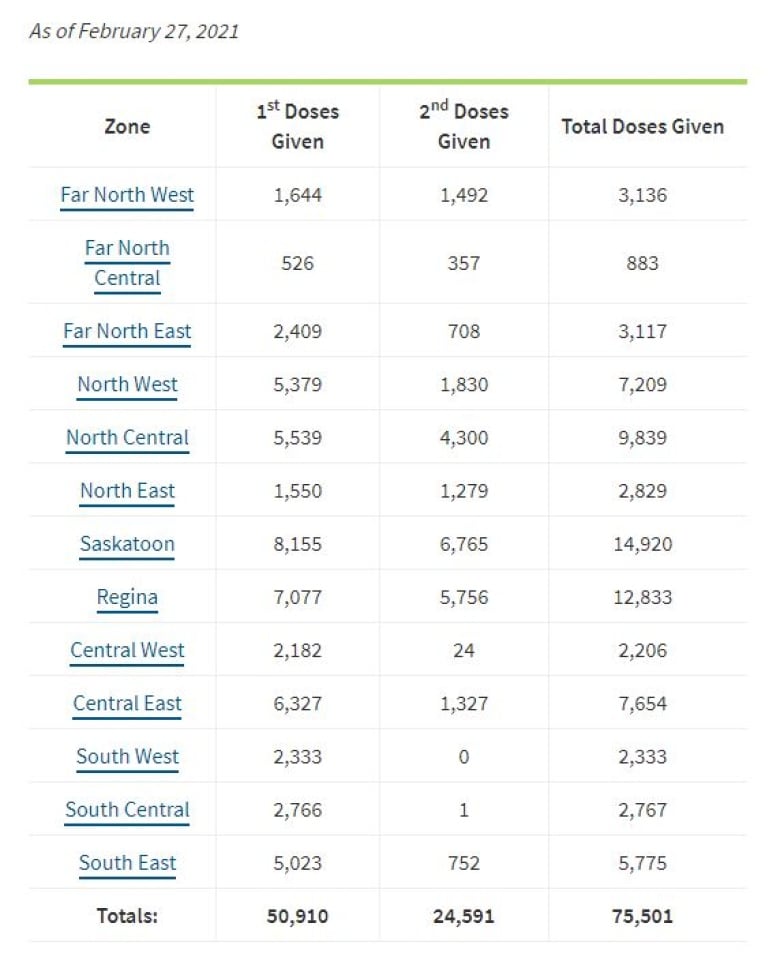 The latest totals came in the province’s Saturday COVID-19 update, which also reported 162 new cases and five more deaths from the illness in the province.

The northwest zone had the second-highest number of vaccinations on Friday at 918, followed by the north central region at 869.

Other Friday vaccination totals by zone:

As of Saturday, 75,501 COVID-19 shots have been administered across the province.

The southwest, which just received its first shipment of vaccines earlier this week, was the only region across the province on Saturday not to have a second dose recorded.

All of five latest COVID-19-related deaths Saturday involved people in their 80s; three from the Regina zone, and one each in the Saskatoon and southeast regions.

Other Saturday case totals by zone:

Residence information is pending for four other cases.

As of Saturday, 1,548 COVID-19 cases are considered active across Saskatchewan.

There are 151 people in hospital, with 16 people in intensive care — nine in Saskatoon, six in Regina and one in the northwest zone.