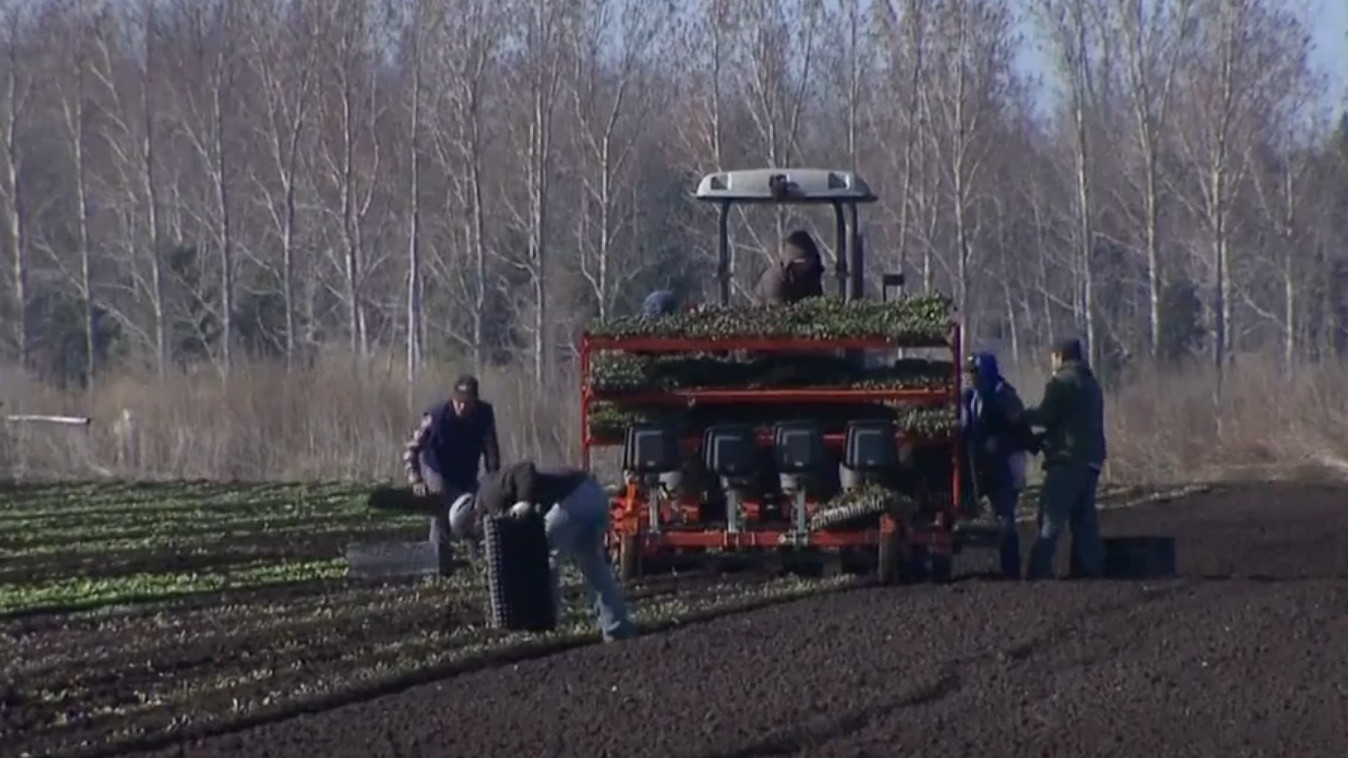 Ontario would like to see migrant farm workers vaccinated against COVID-19 as soon as they arrive and is willing to take on the task if Ottawa doesn’t, a top provincial health official said Thursday.

Dr. Barbara Yaffe, Ontario’s associate medical officer of health, said the province is in talks with the federal government to have the temporary foreign workers given a vaccine “when they come in, optimally at the airport.”

“We’re working with the federal government on this, hopefully they will be OK to do it,” Yaffe told reporters. “If they don’t do it, we will probably do it because it’s important.”

During the first wave of the pandemic, dozens of farm outbreaks were reported across Ontario as the province struggled to test and isolate workers.

More than 1,780 temporary foreign workers tested positive for COVID-19 in the province last year, and three died of the virus.

Advocates, doctors and labour groups have been calling on all levels of government to ensure the vaccination of all migrant and undocumented workers.

Yaffe said vaccinating migrant farm workers on arrival would involve many considerations, including ensuring information is properly translated so workers can understand that the immunization process is voluntary.

Some 20,000 temporary foreign workers are employed on Ontario farms each year.

Farm workers are currently set to be vaccinated in the second phase of Ontario’s vaccine rollout, set to begin next month.

Migrant farm workers are listed as priorities during that phase because many live in congregate settings considered high-risk for COVID-19 spread.

Yaffe also said Thursday that more contagious COVID-19 “variants of concern” now make up 50 per cent of new cases in the province.

Dr. David Williams also noted this week that more young people appear to be getting more severely ill from the variants.

The scientific director of an expert panel advising the province said Thursday that a strict provincial shutdown, similar to one imposed when the pandemic hit, is needed to curb the alarming spread of variants in Ontario.

“This pandemic has never been under the control since it started to (take) hold in Ontario, and that’s the challenge,” Juni said in an interview.

While Ontario’s vaccination effort is ongoing, Juni said it can’t move fast enough to protect the population from the variants that have also driven dire waves of infection across Europe.

The province should move quickly to impose strict measures to clamp down on variants, he said, while encouraging safe outdoor activities where people stay at least two metres apart.

“If we now do everything right, this will be the last time that we need to go into harsh restrictions,” he said.

Ontario reported 2,380 new cases of COVID-19 on Thursday, although the Ministry of Health said the number was inflated by about 280 cases due to a data processing issue.