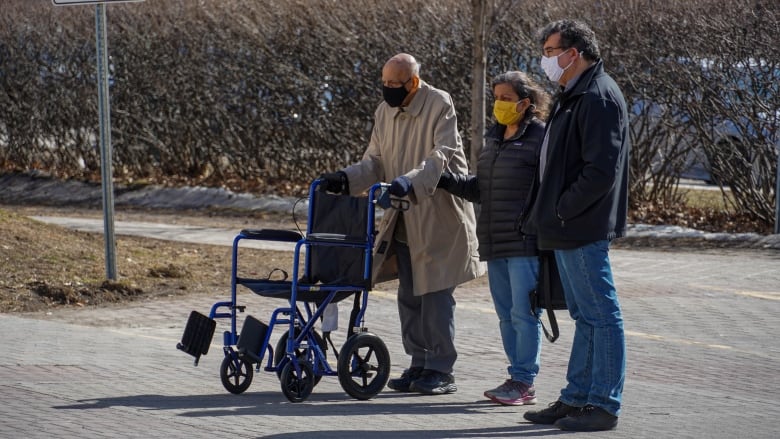 CBC Ottawa is doing a weekly roundup of COVID-19 vaccine developments in the region, every Thursday.

The provinces, health units and health authorities have more information and places to answer questions. You can find those links at the bottom of the page.

Ontario has set wide vaccine guidelines and given health units some flexibility around it. Some, but not all, of the ways the province’s health units may differ from the province are singled out below.

Premier Doug Ford hinted Monday that a next round of expansion will focus on Toronto as well as York and Peel regions. The province said more details would be shared “in the coming days.”

It has not moved fully to Phase 2 of its three-phase vaccine plan, though it has started vaccinating some of the groups covered by it, such as individuals aged 75 to 79 mentioned above.

On Friday, its vaccine eligibility moved to Indigenous people age 40 and above. A family clinic was just announced for next month.

The city has given about 100,000 doses out of its population of about 1,050,000. Keep in mind here and in the other health units that many groups of people are not yet eligible.

Renfrew County’s medical officer of health said this week that supply problems are leading it to a different vaccine strategy compared to health units with large cities.

The county is vaccinating all health-care workers and Indigenous people 18 years old and over, but is not yet able to vaccinate people 75 to 79. Anyone in that age group can register to get an appointment when vaccines are available.

One of the regions involved in Ontario’s pharmacy pilot project is the Kingston area, which has administered more doses to people 60 to 64 than any other age group.

The EOHU is generally following the province’s plan.

The health unit for the Belleville area said this week it is finishing vaccinating at retirement homes, its high-priority health-care workers and Indigenous adults.

Second doses are going ahead as scheduled in Tyendinaga Mohawk Territory.

LGL has said it wants to finish planning both pop-up clinics in smaller communities to go with its four current locations, and how in-home vaccines will work.

It, unlike the other health units, shares how many people it has vaccinated: about 14,000 have had at least one dose.

In western Quebec, Health Minister Christian Dubé said Tuesday the province is sending about 3,500 more doses to the Outaouais in the next two weeks, saying it’s a younger region overall that didn’t get as many doses as older regions at first.

For Grenville-sur-la-Rouge — technically in the Laurentians health authority, but within CBC Ottawa’s coverage area — residents can make appointments for a pharmacy vaccine starting Monday and get those vaccines starting April 5.