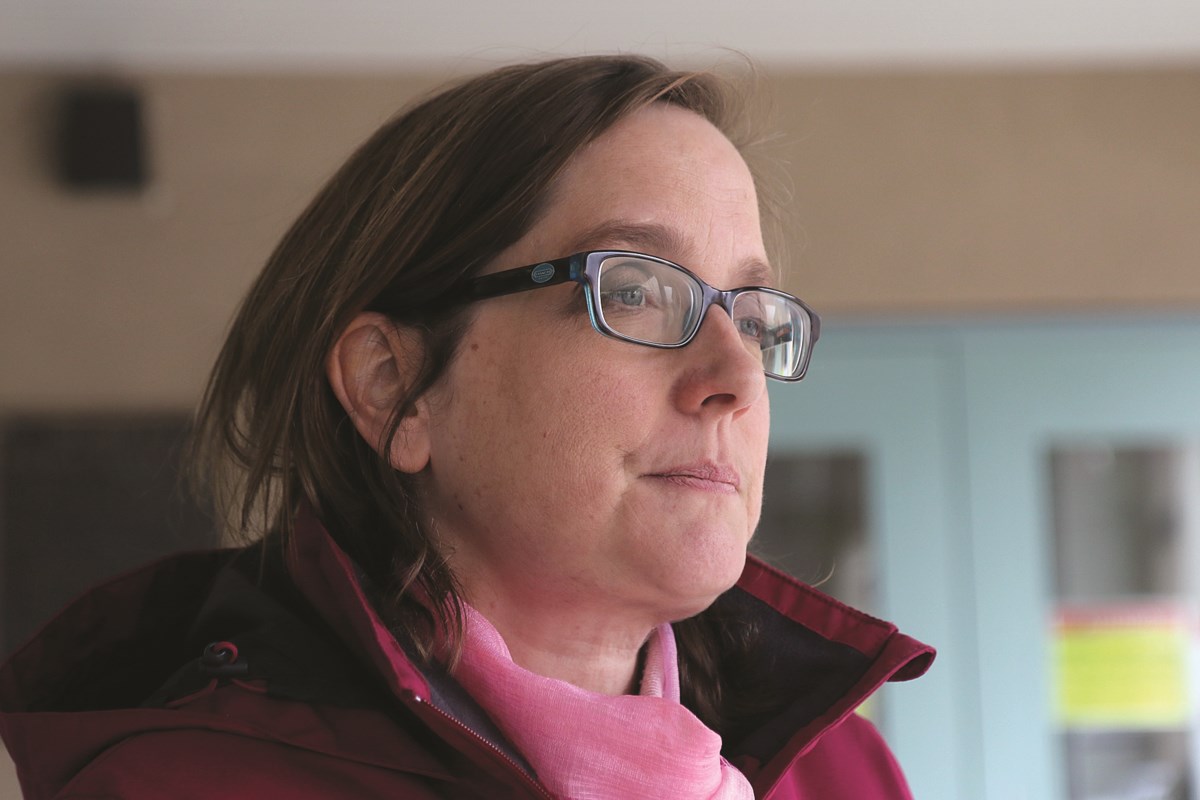 With cases and hospitalizations rising, Thunder Bay’s medical officer of health says decision to return to lockdown could be made in the coming days.

THUNDER BAY – Thunder Bay could be set for a return to lockdown as case numbers and hospitalizations surge, says medical officer of health Dr. Janet DeMille.

She remained hesitant to order schools to move to virtual learning, however, in the face of an explosion of school cases in recent days.

DeMille couldn’t yet confirm whether she’ll support a move back to Grey-Lockdown under Ontario’s COVID-19 framework, but said there was growing evidence to support the step.

“It really depends even on what happens over the next few days, but the truth is our numbers – the weekly numbers, health care system capacity, public health capacity, all of that – are in an area where we could be looking at going into Grey again,” she said Monday.

It’s a decision that will be made in consultation with the province in the coming days, said DeMille, who heads the Thunder Bay District Health Unit.

The health unit was moved into the Red-Control level when the province-wide lockdown was lifted on Feb. 16. Since then, however, cases and other key indicators have spiked.

The incidence rate for the Thunder Bay District, for example, stood at 92 cases per 100,000 people for the period of Feb. 12 to 18. That’s higher than anywhere else in the province other than the Northwestern Health Unit, where the incidence rate was 117.5.

According to DeMille, the recent surge is largely tied to an ongoing outbreak among Thunder Bay’s homeless population.

“That’s still driving the large proportion of our cases, that more vulnerable population,” she said. “It’s not just individuals who might be homeless or precariously housed, it’s that they interact with others… what we’d call the secondary and tertiary transmission.”

The outbreak among vulnerable populations has contributed to rising hospitalization numbers, she said. Thunder Bay’s regional hospital reported a record 19 COVID-positive patients in care Monday, including five in the Intensive Care Unit.

“The vulnerable population [often] have a number of other concurrent issues that may challenge their ability to manage when they have COVID, even if it’s a moderate illness,” she said.

She expressed confidence in testing efforts geared toward those living on the streets or in shelters, which include the health unit’s street nurse team.

“There’s a lot of processes in place so that if somebody does have symptoms and they present to a shelter, they’re referred to the isolation shelter and they’ll get tested there,” she said.

DeMille said she remains hesitant to order the closure of schools, despite an explosion of cases in recent days. Just since Saturday, outbreaks have been declared at St. Martin and I.R. Churchill schools, Westgate and Kingsway Park were moved to virtual-only learning due to their own outbreaks, and cases were reported at four other local schools.

The head of the local public high school teachers’ union came out in favour of a temporary move to virtual learning for all Thunder Bay schools earlier Monday.

However, DeMille called it a complex issue. Many cases detected at school are a result of community spread, not in-school transmission, she noted, adding that closing schools has negative impacts for students and families.

“It’s a decision I wouldn’t take lightly,” she said. “We know in-person schooling is very important for the development of children, to support them emotionally. There’s a lot of harms when you close schools – it creates issues for families and challenges for parents who still need to go to work or do [other] things.

While there is no regular surveillance testing program for local schools, she said the testing done when cases were detected had given the health unit significant insights into levels of school spread.

“Whenever there’s a class or cohort that has a case, we usually test everybody in that cohort within about five days or so,” she said. “That’s sometimes where we’re picking up another positive case, and then declaring that outbreak.”

“But we have a lot of negative test results in those cohorts as well. So in a sense we’re doing a version of that surveillance testing, and we’re able to track where everybody gets COVID.”

For now, she hoped new screening measures for students would be enough to contain school cases.

There remains positive news in the face of a bleak local situation. None of the three variants of concern tracked by the province have yet been detected in the district, DeMille confirmed.

The district is also beginning to see an increased flow of Pfizer vaccines following a slow-down, she said.

With initial rollout of vaccination to long-term care residents complete, the focus is now on LTC staff and caregivers, seniors in other congregate settings, health workers, and First Nations, DeMille reported.