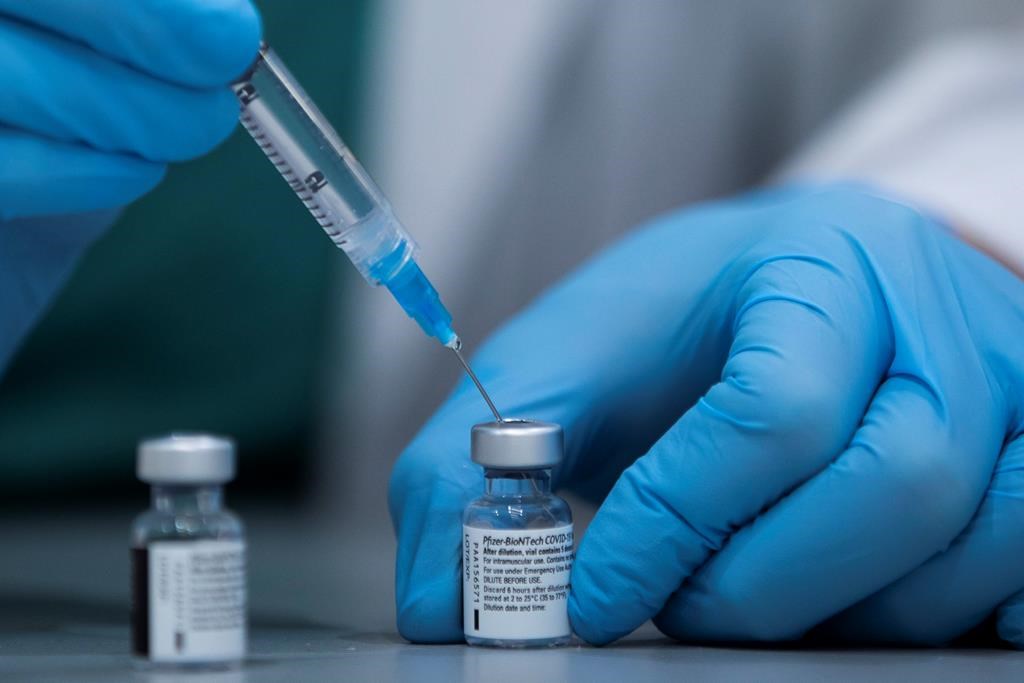 Ontario was expecting to accept a delivery of thousands of more COVID-19 vaccines on Wednesday but inclement weather in the U.S. has pushed back the shipments.

A Trudeau government spokesperson has confirmed to 680 NEWS that poor winter weather conditions are the cause for delaying the delivery of doses to Canada.

The spokesperson says the Pfizer vaccine shipments are now delayed 24 to 36 hours because of the snow and ice in Canada and south of the border.

A UPS cargo terminal in Kentucky was forced to temporarily shut down because of the conditions.

The full shipments of the Pfizer shot are now expected to land on Canadian soil by Thursday at the latest.

The federal government said last week that it expects to receive weekly shipments of more than 400,000 doses of the Pfizer vaccine until at least April 4.

“We are on schedule to receive our single largest Pfizer vaccine shipment to date and next week we are expecting an even larger shipment again,” Trudeau said at a news conference on Tuesday morning.

The weather problems are just another hiccup in a long line of vaccine rollout problems the country has faced in recent months.

A recent study suggest the vast majority of Canadians blame Trudeau and the federal government for the issues rather than the provinces.

Elliott says the province knows which age groups it wants to prioritize as it distributes its vaccines, but it does not yet have a reliable supply chain.

The topic of vaccine rollout caused some fireworks during the first Question Period at Queen’s Park in two months.