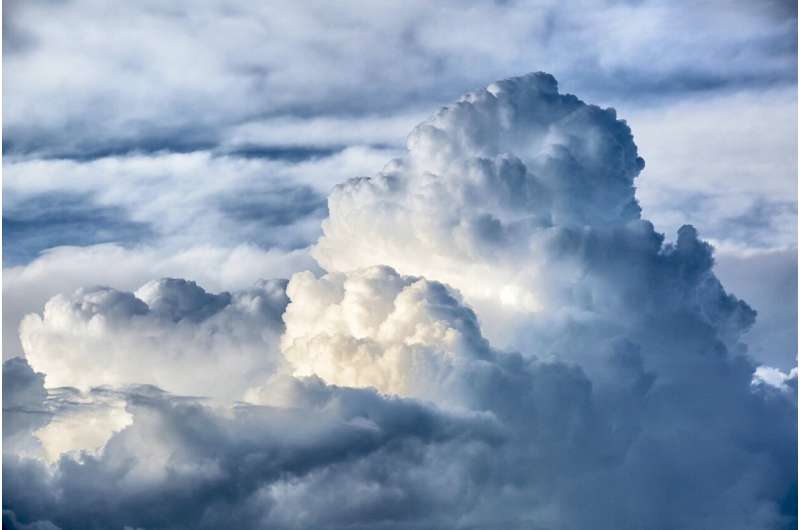 Perhaps the best hope for slowing climate change—capturing and storing carbon dioxide emissions underground—has remained elusive due in part to uncertainty about its economic feasibility.

In an effort to provide clarity on this point, researchers at Stanford University and Carnegie Mellon University have estimated the energy demands involved with a critical stage of the process.

“Designing massive new infrastructure systems for geological carbon storage with an appreciation for how they intersect with other engineering challenges—in this case the difficulty of managing high salinity brines—will be critical to maximizing the carbon benefits and reducing the system costs,” said study senior author Meagan Mauter, an associate professor of Civil and Environmental Engineering at Stanford University.

Getting to a clean, renewable energy future won’t happen overnight. One of the bridges on that path will involve dealing with carbon dioxide emissions—the dominant greenhouse gas warming the Earth—as fossil fuel use winds down. That’s where carbon sequestration comes in. While most climate scientists agree on the need for such an approach, there has been little clarity about the full lifecycle costs of carbon storage infrastructure.

An important aspect of that analysis is understanding how we will manage brines, highly concentrated salt water that is extracted from underground reservoirs to increase carbon dioxide storage capacity and minimize earthquake risk. Saline reservoirs are the most likely storage places for captured carbon dioxide because they are large and ubiquitous, but the extracted brines have an average salt concentration that is nearly three times higher than seawater.

These brines will either need to be disposed of via deep well injection or desalinated for beneficial reuse. Pumping it underground—an approach that has been used for oil and gas industry wastewater—has been linked to increased earthquake frequency and has led to significant public backlash. But desalinating the brines is significantly more costly and energy intensive due, in part, to the efficiency limits of thermal desalination technologies. It’s an essential, complex step with a potentially huge price tag.

The new study is the first to comprehensively assess the energy penalties and carbon dioxide emissions involved with brine management as a function of various carbon transport, reservoir management and brine treatment scenarios in the U.S. The researchers focused on brine treatment associated with storing carbon from coal-fired power plants because they are the country’s largest sources of carbon dioxide, the most cost-effective targets for carbon capture and their locations are generally representative of the location of carbon dioxide point sources.

Perhaps unsurprisingly, the study found higher energy penalties for brine management scenarios that prioritize treatment for reuse. In fact, brine management will impose the largest post-capture and compression energy penalty on a per-tone of carbon dioxide basis, up to an order of magnitude greater than carbon transport, according to the study.

“There is no free lunch,” said study lead author Timothy Bartholomew, a former civil and environmental engineering graduate student at Carnegie Mellon University who now works for KeyLogic Systems, a contractor for the Department of Energy’s National Energy Technology Laboratory. “Even engineered solutions to carbon storage will impose energy penalties and result in some carbon emissions. As a result, we need to design these systems as efficiently as possible to maximize their carbon reduction benefits.”

Solutions may be at hand.

The energy penalty of brine management can be reduced by prioritizing storage in low salinity reservoirs, minimizing the brine extraction ratio and limiting the extent of brine recovery, according to the researchers. They warn, however, that these approaches bring their own tradeoffs for transportation costs, energy penalties, reservoir storage capacity and safe rates of carbon dioxide injection into underground reservoirs. Evaluating the tradeoffs will be critical to maximizing carbon dioxide emission mitigation, minimizing financial costs and limiting environmental externalities.

“There are water-related implications for most deep decarbonization pathways,” said Mauter, who is also a fellow at the Stanford Woods Institute for the Environment. “The key is understanding these constraints in sufficient detail to design around them or develop engineering solutions that mitigate their impact.”

Want to cut emissions that cause climate change? Tax carbon