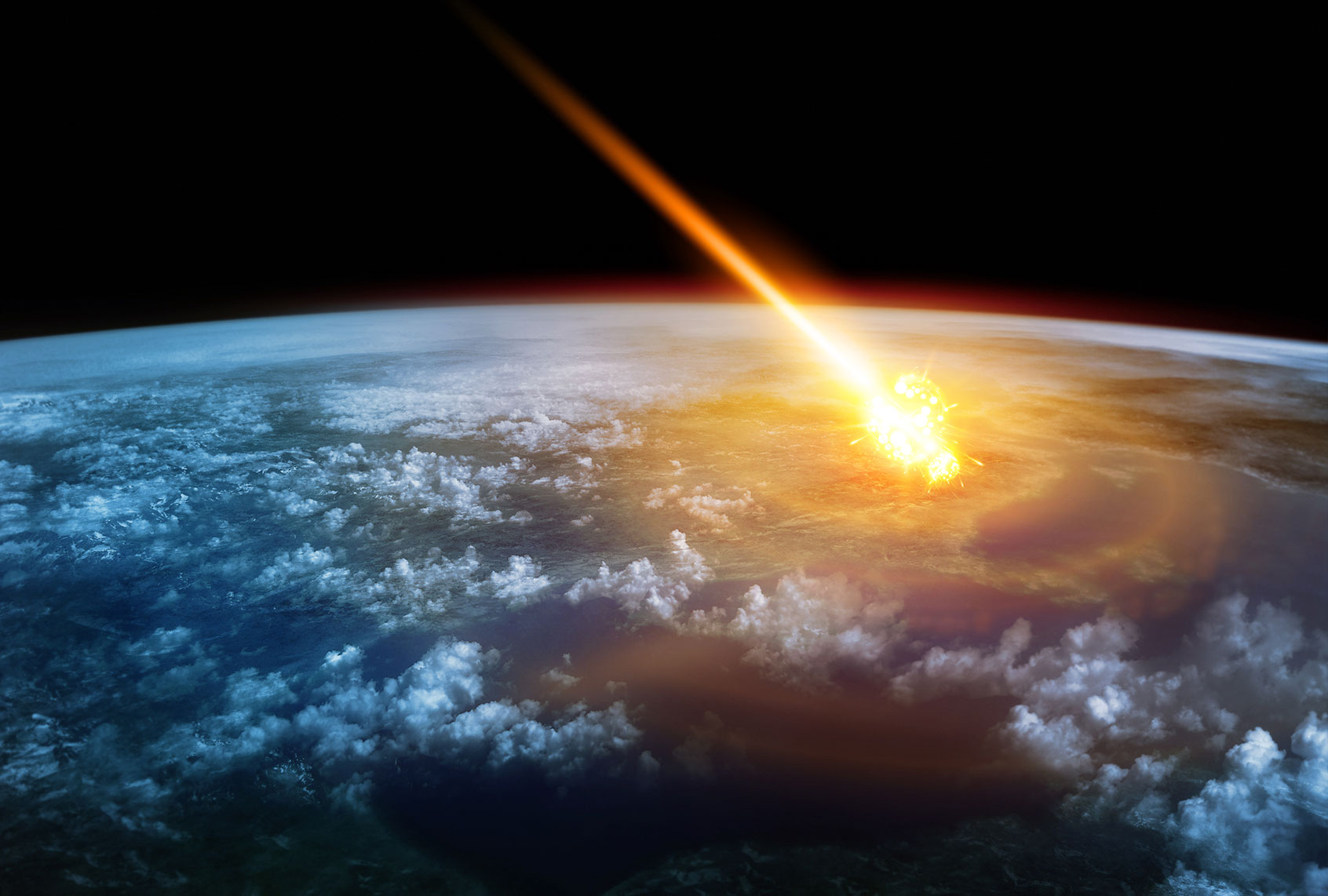 One day 66 million years ago, Earth suddenly transformed from being a verdant, dinosaur-ridden world to a soot-covered apocalyptic hellscape. The extinction event wiped out 75 percent of the world’s animal and plant species at the time, including dinosaurs.

Evidence of that calamitous day can be found in the Chicxulub crater, a heavily eroded 90-mile wide impact site located on Mexico’s Yucatán Peninsula, which is widely believed to be the impact site for whatever triggered the mass extinction event. And while there is scientific consensus that something hit the Earth that fateful day, there are different theories about exactly what.

Indeed, for decades, geologists and geophysicists have fixated on the idea that an asteroid is to blame. Now, astrophysicists at Harvard University are theorizing that an icy comet from the Oort cloud — a theoretical shell of icy debris at the edge of the solar system— flew too close to the sun, in part due to Jupiter’s strong tidal forces, and eventually broke apart and crashed into Earth. In other words, “cometary shrapnel” from a long-period comet which pinged around our solar system could have caused the impact that led to a mass extinction, rather than an astroid.

Amir Siraj, lead researcher and undergraduate in astrophysics at Harvard University, and Avi Loeb, who is the former chair of astronomy at Harvard University, landed on this theory using statistical analysis and gravitational simulations. Their findings were published in Nature’s Scientific Reports on February 15.

In the paper, the researchers put forth their new calculations that increase by a factor of 10 the likelihood of long-period comets — meaning those which have orbital periods longer than 200 years — striking Earth. They also calculate that 20 percent of long-period comets become sungrazers, meaning comets that fly very close to the Sun and are whipped back through the terrestrial planets. The timing of these calculations would be “consistent with the age of the Chicxulub impact crater,” the researchers explained, providing a “satisfactory explanation for the origin of the impactor.”

Siraj told Salon he didn’t originally seek out to find the answer to the origins of the Chicxulub impactor, but he started to probe deeper while looking into the asteroid impact rates for Earth-like exoplanets. This led him to study cometary impact rates on those systems, which led to him creating numerical simulations to calculate long-period comets in our own solar system.

“What I ended up finding most striking was that a significant fraction of Earth-crossing comet —  Earth-crossing meaning comets 1 AU [astronomical unit] of the sun — were directly preceded by remarkably close encounters with the Sun,” Siraj said. “I found that these comets were passing so close to the Sun that they were within the Roche limit, where you can get tidal disruptions, and I dug into this point further, and what I ended up finding is that these comets were being produced by and large by interactions with Jupiter, which was essentially acting like a pinball machine.”

A common theory on the origin of the Chicxulub crater suggests that the source originated from the main belt, an area between the orbit of Jupiter and Mars populated with asteroids. The researchers say their theory provides a more realistic basis that can eventually be proved.

“Our paper provides a basis for explaining the occurrence of this event,” Loeb said in a media statement. “We are suggesting that, in fact, if you break up an object as it comes close to the sun, it could give rise to the appropriate event rate and also the kind of impact that killed the dinosaurs.”

Previously, evidence from the Chicxulub crater suggested the impact object was made of carbonaceous chondrite.

“Data in the past decade or so, and even before that, show that this composition is quite rare amongst asteroids,” Siraj said. “And we have a fairly good sense of the distribution of asteroid compositions simply as a result of having meteorites, which primarily come from asteroids.”

Yet comets, he noted, are not as well understood. Yet we know from one successful sample-return comet mission that comets do contain carbonaceous chondrite, Siraj said.

Siraj and Loeb aren’t the only ones positing the theory that a comet killed the dinosaurs. Two geoscientists advanced the theory in 2013, partially because the levels of iridium and osmium around the impact site were lower than should appear in an asteroid and more apt for a comet impact. Siraj said studying iridium will be an “important active area of research” to better understand what impactor that caused the Chicxulub crater.

Let’s say scientists eventually prove that a comet led to the extinction of dinosaurs and completely transformed Earth. Will that change how we perceive asteroids (or comets) as a threat to life on Earth?

“Asteroids are still the major short-term risk,” Siraj said. He noted that the good news about their theory is that there’s a low probability that shrapnel from a long-period comet will hit Earth in our lifetime. “We don’t have to worry about cometary impact being extremely common on very short timescales . . . however, it does change the way we think about longer term, like a million years and more — I imagine our civilization will have to have to reckon with these questions of deflecting small asteroids, which is very different from deflecting big asteroids, which is also very different from deflecting comets.”

Humanity’s need to make “contingency plans” to address planet-wide devastation events highlights the importance of future research around the dynamics of small bodies in our solar system.

“Science is really the tool that we can use to address these looming existential threats and be prepared,” Siraj said.