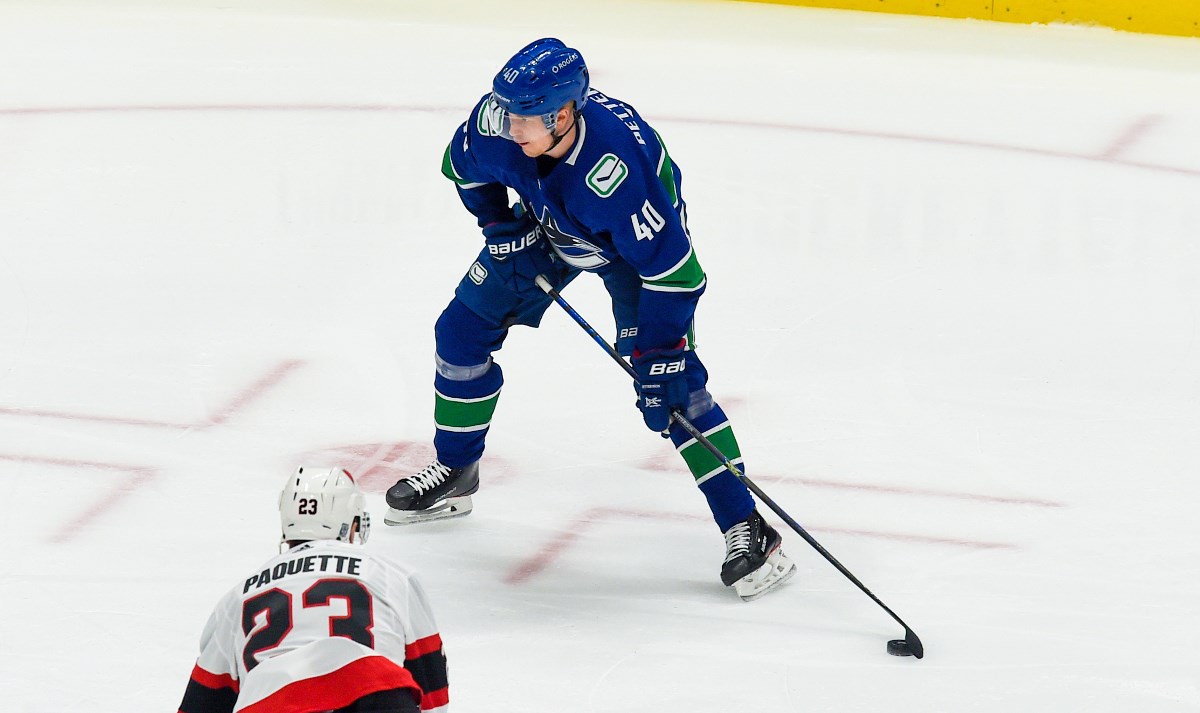 Down by one to the Winnipeg Jets with six minutes remaining and on the power play, Elias Pettersson leaned into one of his patented one-timers from the top of the right faceoff circle. The puck rocketed off his stick but instead of the welcoming bulge of mesh, the puck met rock-hard iron with a cold “ping.”

According to play-by-play announcer John Shorthouse on the Sportsnet broadcast, it was his ninth post or crossbar of the season, though the NHL’s stats listed it as his eighth. Either way, it’s far more than anyone else in the NHL.

Two players are tied for second — Leon Draisaitl and Rickard Rakell — with four posts or crossbars, half as many as Pettersson.

Eight posts and crossbars is underselling it

If it feels like Pettersson has hit iron more than eight times this season, you’re right. For instance, last Wednesday in the second period against the Calgary Flames, Pettersson got a chance off the rush from a great pass by Quinn Hughes. The sound of Pettersson’s quick snap shot hitting the post rang through the empty arena, but it didn’t show up on the stat sheet.

With all the posts and crossbars Pettersson’s hit this season, it’s amazing he still has 7 goals in 22 games, it’s not surprising he’s off his usual goal-scoring pace from previous seasons.

Pettersson has certainly been known for hitting posts and crossbars over the past two seasons — when he misses the net, he just barely misses — but this season has been ridiculous.

Consider it this way: the most posts and crossbars hit by one player in the last decade was in the 2010-11 season, when Steven Stamkos hit 17 total. He hit iron an average of 0.21 times per game.

Pettersson is averaging 0.36 posts or crossbars per game.

Pettersson is currently on-pace for 20 posts and crossbars in 56 games, meaning he could actually break Stamkos’s record, even in a pandemic-shortened season.

In other words, Pettersson has been extraordinarily unlucky this season. He arguably should be among the league leaders in goalscoring, right up there with Brock Boeser, Connor McDavid, and — ahem — Tyler Toffoli.

The pursuit of perfection

There is an alternate explanation. Pettersson has always aimed for perfection and perhaps his pursuit of the perfect shot has backfired. When it comes to a shot, an inch from great is still in the net — an inch from perfection is the cold, hard metal of the goalpost.

Consider Pettersson’s goal he later scored on the power play against the Jets after drilling the post earlier in the period. The shot itself was much the same, if taken from a spot slightly closer to the net. The shot didn’t go just under the bar — it was under the bar by a few inches. It wasn’t a perfect bardown shot, but it was a goal.

It’s certainly more likely that Pettersson has just been unlucky than that he’s aiming to put the puck a millimetre inside the post and is just barely missing. Then again, there were chances like the one he had against the Ottawa Senators a few weeks ago where he had all sorts of time to pick his spot and put the puck off the junction where the post meets the crossbar.

That certainly looks like a player aiming for perfection and just missing.

No, it’s far more likely that Pettersson has had a string of bad luck this season. It’s also unlikely to continue: at some point, those posts and crossbars are likely to become goals or clear misses. The Canucks will have to hope for the former — they’re going to need all the goals they can get.