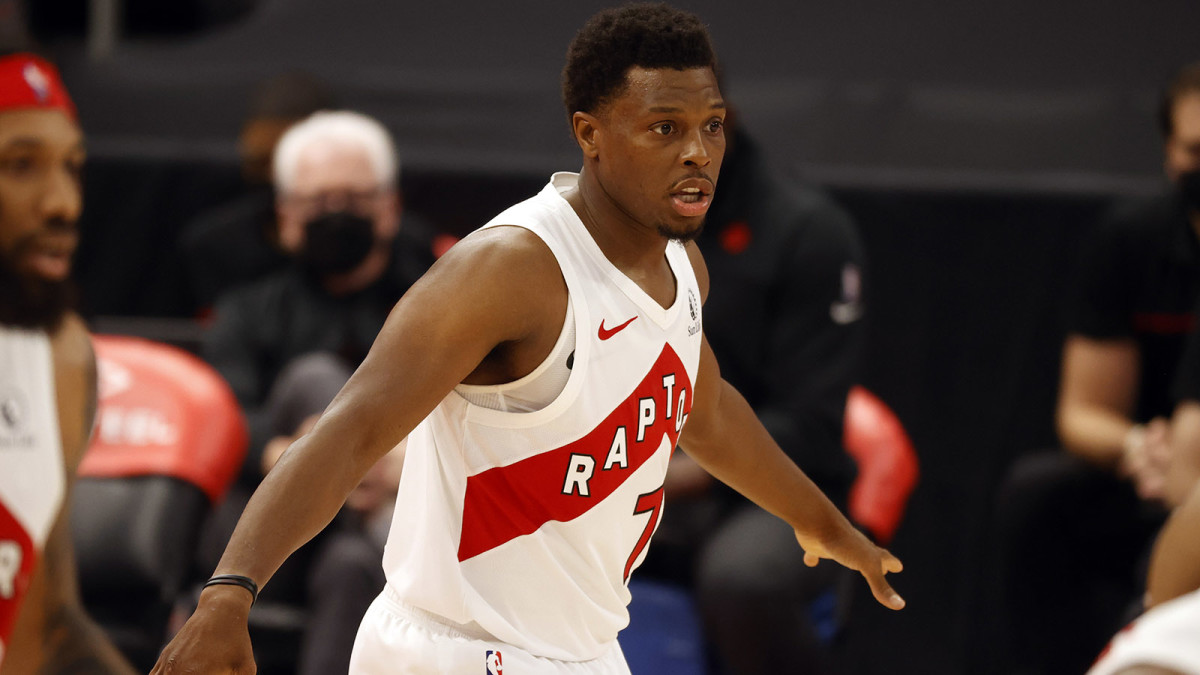 It’s deadline day! Here at The Crossover’s 2021 NBA trade deadline live blog, we are providing instant analysis on reports and rumors all day. While the biggest trade of the season happened in January when the Rockets shipped James Harden to the Nets in a mega four-team deal, there are some notable names that could be on the move. Kyle Lowry might have played his last game as a Raptor last night. While Houston is motivated to move Victor Oladipo who is likely to exit via free agency this summer. Magic forward Aaron Gordon officially requested a trade, and a number of teams are interested such as the Celtics, Warriors, and Nuggets.

If you want to keep up with every second of the madness as it happens, check out our live blog below, which features instant reactions in real-time to all the deadline hoopla.

Boston’s latest move isn’t exactly a game-changer in the chase for the Eastern Conference crown, but sacrificing a pair of second rounders for Evan Fournier is likely a worthwhile decision. The Celtics’s lack of rotation depth has been a problem all year, and there has been a palpable lack of playmaking for significant stretches of 2020-21. Kemba Walker hasn’t been the leading man Boston imagined. The Gordon Hayward departure has hurt more than many assumed. Fournier is a legitimate backcourt upgrade, one who could ultimately end up earning minutes with Boston’s closing lineup. Don’t be surprised if this is one of multiple deals from Danny Ainge before 4 p.m. ET. – Michael Shapiro

Ummmm, wow. All along, we’d been hearing about the Bulls sniffing around for a point guard. Lonzo Ball’s name has come up repeatedly. Now they take a pretty sizable swing for an All-Star center in Nik Vucevic! Fascinating. He won’t come cheap, between the two first-rounders, and third-year big Wendell Carter, Jr., who’s struggled to stay on the floor, but whose game I still like quite a bit.

I have more questions for Chicago—namely, are the Bulls done making moves, and does a move like this spell the end for a floor-spacing big like Lauri Markkanen—but Vucevic certainly gives them a second dependable scorer to go with Zach LaVine. Which makes their offense less predictable, and more dangerous from a number of areas, given Vucevic’s shooting ability. – Chris Herring

Aaron Gordon remains eager to be traded to the Celtics and would also welcome a deal to the Blazers or Nuggets, per @JaredWeissNBA.

SI’s Chris Mannix reported earlier that the Kings have no interest in selling low on Harrison Barnes.

The Nuggets are finalizing a trade with the Cavaliers for center JaVale McGee, according to The Athletic’s Shams Charania. Isaiah Hartenstein and two future protected second-round picks are headed back to the Cavs, according to ESPN’s Adrian Wojnarowski. McGee, 33, has played in 33 games this season with Cleveland, averaging 15.2 minutes and 5.2 rebounds per game. While this marks a return to Denver—McGee was traded to Denver in the middle of the 2011 season and spent parts of four seasons with the Nuggets—he’s also set to become an unrestricted free-agent this summer.

In joining the Nuggets, he provides another veteran frontcourt presence to last year’s Western Conference runner-ups. Denver is currently 26-18 on the season, two games behind the Lakers for No. 4 in the conference. The team’s trade deadline day might not be over either as the Nuggets are among the teams who have had a previously reported interest in Magic forward Aaron Gordon. – Ben Pickman

The Lakers, Sixers and Heat are reportedly seriously engaged with Toronto about a Kyle Lowry trade.

Miami and Philadelphia have both been linked to Lowry for a while but seeing the Lakers in the running is interesting.

Honestly, how would the Lakers pull this deal off? SI’s Michael Pina says L.A. could move Montrezl Harrell, Dennis Schroder, a small contract and a future first-round pick (2027) to make a possible deal work. If they’re able to land Andre Drummond in the buyout market to take Harrell’s minutes, this would be quite the coup for the Lakers. If not, it’s unclear if it’d move the needle enough to lose an unprotected future first. (If you want to get really wild, the Lakers could ask for Norm Powell and include Kentavious Caldwell-Pope and Talen Horton-Tucker.) Will be interesting to see what happens. – Michael Pina

• The Raptors are in the midst of trade talks with multiple teams regarding a potential Lowry deal, though the Heat have emerged as the “frontrunner” for Toronto’s point guard. (Chris Mannix, Sports Illustrated)

• Boston’s attention continues to be on Aaron Gordon, with the likelihood of a deal for Harrison Barnes fading. Kings have no interest in selling low on Barnes, believing he can be a key piece for a playoff push next season. (Chris Mannix, Sports Illustrated)

• The Celtics are the favorites to trade for Aaron Gordon, though the Nuggets have also expressed interest. (Sam Amick, The Athletic)

• Houston has engaged in “serious talks” with the Magic regarding a potential Aaron Gordon trade, while Gordon himself is reportedly having second thoughts about his trade request. (Adrian Wojnarowski, ESPN)

• The Bulls are listening to suitors for forward Lauri Markkanen. (Sam Amick, The Athletic)

• The Clippers could target Lonzo Ball and Ricky Rubio as they attempt to upgrade at point guard. (Chris Mannix, Sports Illustrated)

Pina: Nine players that could be on the move

Mannix: Clippers to make a trade on deadline day

Mannix: 10 storylines to watch before the trade deadline