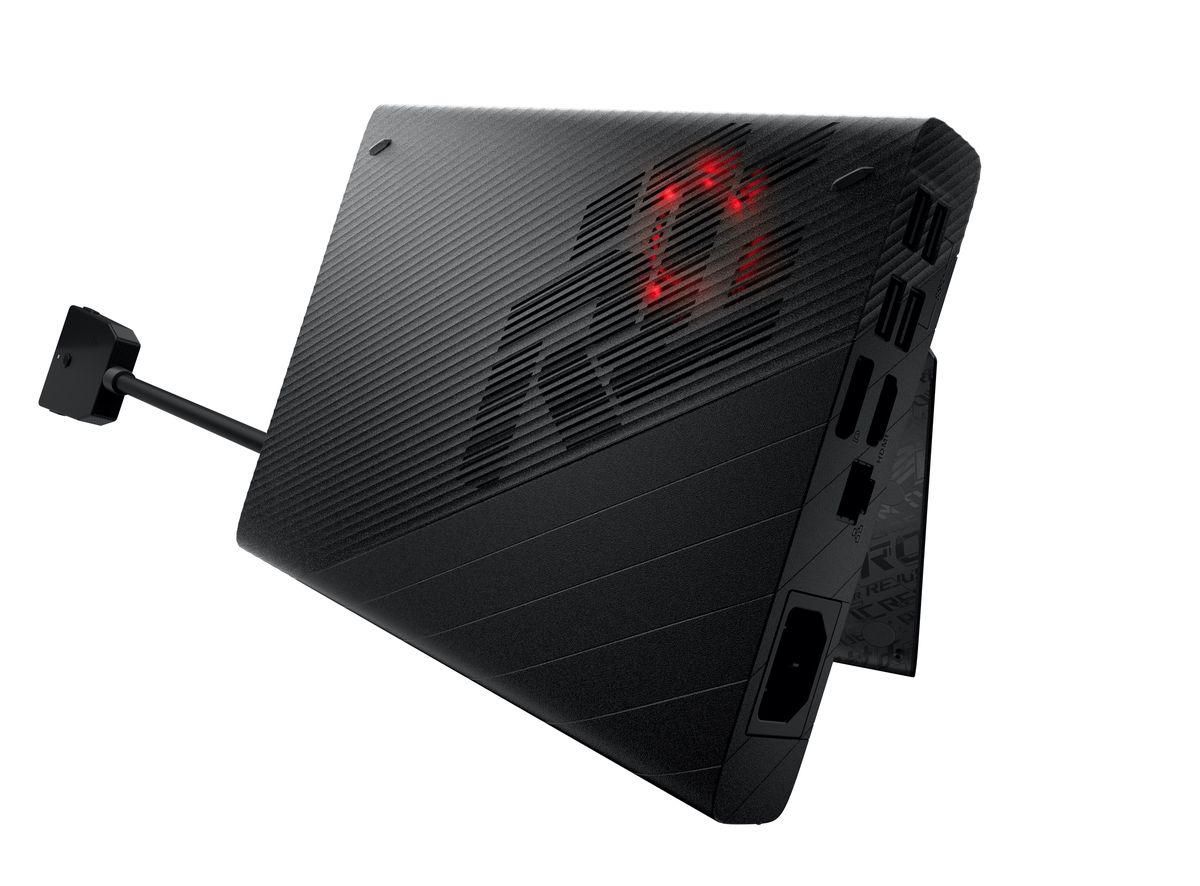 Asus Republic of Gamers (ROG) has unveiled its varied, eclectic, and very cool-looking lineup of new gaming laptops for 2021. The highlight, and the product I’m both very excited and very confused about, is the ROG Flow X13. It’s the company’s first 2-in-1 convertible gaming laptop.

That’s right — a 2-in-1 gaming laptop. You don’t see that every day. What’s more, as you may have deduced from the name, the X13 is a 13-inch convertible gaming laptop.

As you can probably see from the above picture, the X13 doesn’t look like your typical gaming rig. It’s the type of thing I wouldn’t be surprised to see someone whip out in a class or a meeting. Portability is a theme here: Asus says you’ll get up to 10 hours of video playback on a charge and that the 100-watt USB-C charger delivers 50 percent in 30 minutes. You can choose between a 120Hz FHD touch display or a 3840 x 2400 touch display. Either way, you get a 16:10 aspect ratio with extra vertical space for multitasking.

All of that sounds nice enough, but the insides are where things get confusing. The Flow X13 includes up to AMD’s Ryzen 9 5980HS, one of the flagships in its new Ryzen 5000 mobile series. That makes sense for a gaming laptop. You’d think that should be paired with a pretty powerful GPU — but instead, Asus went with the entry-level GeForce GTX 1650, which just feels like a waste of the 5980HS’s power. Similar combinations have been tried before: take a look at Verge writer Cameron Faulkner’s review of Lenovo’s IdeaPad Gaming 3, which also attempted to pair the GTX 1650 with an H-series processor to disappointing results.

Now, for a regular work laptop that might occasionally be used to edit some photos, that combination makes a lot of sense. But if you’re purchasing the X13 expecting incredible frame rates, you may end up disappointed. (Of course, I’ll need to run games on the thing myself before making a recommendation either way.)

The way Asus is trying to get around this is it’s bundling the Flow X13 with an external GPU called the ROG XG Mobile. This can include up to Nvidia GeForce RTX 3080 graphics, and Asus says it’ll deliver desktop gaming performance to the X13. It acts as a power adapter as well. Fair enough. But with the bundle of the X13 and the XG Mobile, you’re looking at a price of $2,999.99. Yeesh.

You can preorder the Flow X13 and XG Mobile now at the Asus store.

The form factor means that, in theory, you could run a game on the top screen with a Spotify playlist or Discord chat on the bottom screen, though my experience with the previous Zephyrus Duo 15 is that your mileage on that varies by game. Perhaps more promising is that Asus says it’s working with game developers and companies like Adobe to customize content for the dual-screen setup.

The main update is that the new Duo 15 comes with up to an eight-core AMD Ryzen 9 5900HX and an Nvidia GeForce RTX 3080 GPU. There’s a new “Arc Flow” fan design, which Asus says can help dissipate “up to 165W of combined processor power.” You’ll also get up to 2TB of storage and up to 32GB of combined onboard and SO-DIMM memory.

Finally, there are two big additions to the esports side: the Strix Scar 15 and Strix Scar 17. Both models have an optical-mechanical keyboard, the first one ever to appear on a Scar model. They’ve also gotten a higher screen-to-body ratio (up to 85 percent), a bigger battery, an updated cooling system, support for Type-C charging, and quad speakers with Dolby Atmos technology. The Scar 17 now offers a 360Hz panel option, the fastest display you can get on a laptop. And both models include the new Ryzen and Nvidia chips, up to a Ryzen 9 5900HX and a GeForce RTX 3080.

These models join a big wave of gaming laptops that have been announced today, following AMD’s launch of its Ryzen 5000 processors and Nvidia’s release of its RTX 3000 GPUs. Razer, Gigabyte, Acer, and more have unveiled new models.