In 2016 Square Enix released Final Fantasy VII and IX on Android, but VIII was still missing from the collection, a point of contention with fans over the last few years. Well, out of nowhere, Square has just released Final Fantasy VIII Remastered on the Play Store, and it’s on sale for $16.99 until April 4th, which is when the price of the JRPG will jump up to $20.99.

Above, you can watch the trailer for Final Fantasy VIII Remastered, and as you can see, this is the same as the remaster on PC, offering renewed character graphics as well as new features like a battle assist and a 3x speed boost to alleviate some of the grind. Sadly the Android port does not contain controller support or cloud saving, though Square says it will add these features at a later date.

You can grab the new Android version of Final Fantasy VIII Remastered for $16.99 until April 4th (then the price jumps to $20.99), though it would appear the PC version is currently on sale for $9.99, which kind of puts a damper on the Android sale for what is basically a 22-year-old game, especially when the Android port is missing needed features like cloud saves and controller support. Plus, once you take into account Square’s history of lackluster support on Android, that $17 price tag and promise of upcoming features grows even tougher to swallow.

Still, I’m sure there are plenty of eager fans out there that are more than willing to cough up $17 to finally complete their collection of Final Fantasy games on Android. So if you’d like to snag your copy today while the game is on sale in celebration of its release, you can navigate to the Play Store listing through the widget below. 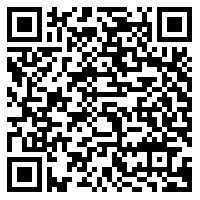