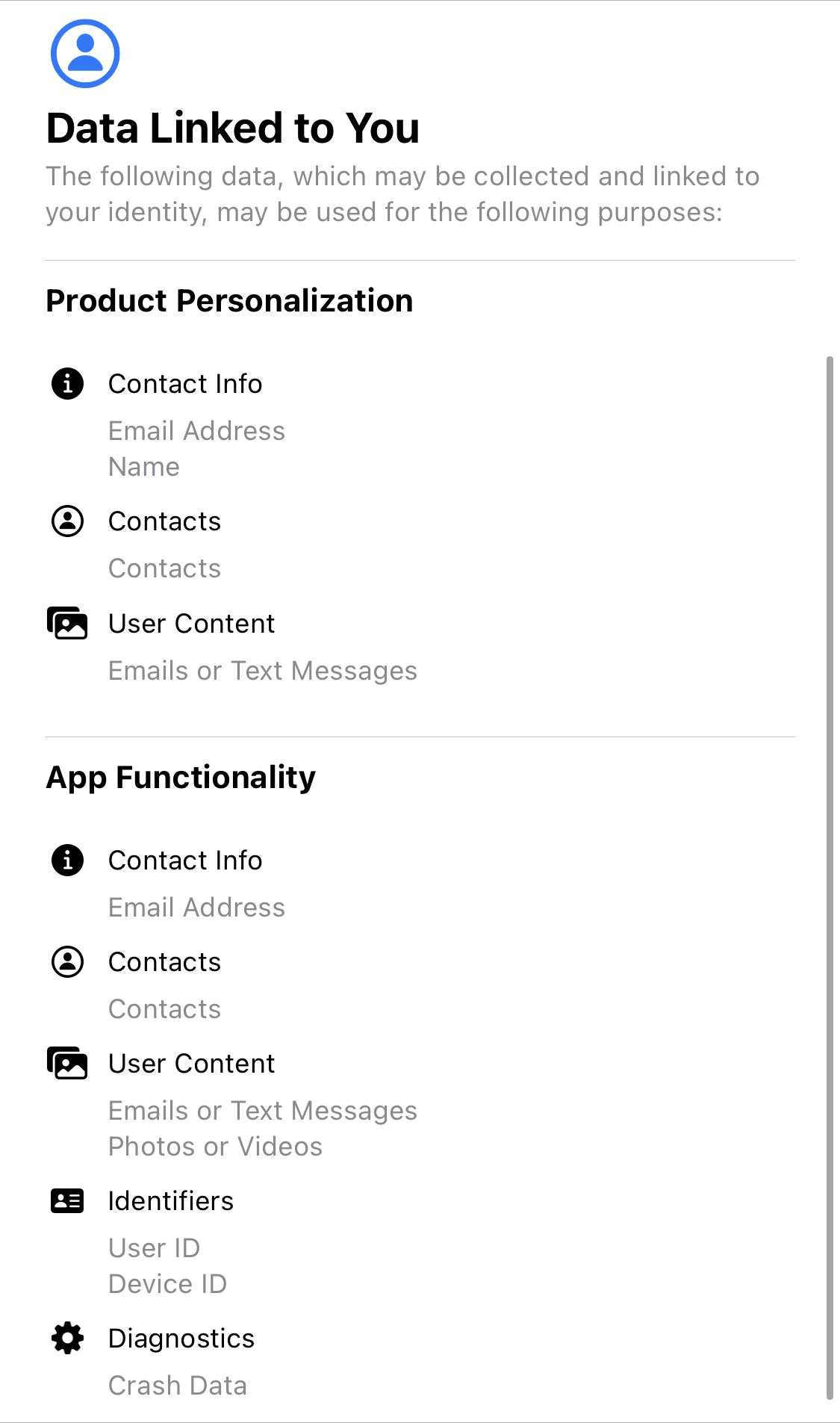 Google has finally added Apple App Store privacy labels to its Gmail app, almost a month after we ran an article wondering what was taking so long (via MacRumors). The app is the second major Google app to get the labels, after they were added to YouTube when it was updated earlier this month.

So how does it look? Well, that’s up for you to decide. The app apparently shares your coarse location and user ID with advertisers, as well as information about your interaction with advertisements. According to the privacy label, though, it doesn’t collect your name, physical address, or phone number (though as an email client, Gmail obviously collects your email address). Location data is also used for analytics and there are some features of the app that will request it as well. If you want to see the full label, there’s a video below that scrolls through.

For contrast, here’s the app privacy information for another email app, Hey.

It is worth noting that Apple’s app privacy labels are meant to show all the things that the app might access, not what information that app will access. For example, an app may only use location data when it needs to show you a map, but the privacy labels don’t make that clear — it’s just a binary used/not used. Also, the information in the labels is submitted by the company itself, and Apple doesn’t make promises about its accuracy.

Strangely, Google added the labels without actually updating the Gmail app, even though it was literally crying out for an update (because of a fun bug). The last time Google updated the iOS app was two months ago.

So far, Google’s other large apps like Maps, Photos, Docs, and Chrome haven’t gotten the labels yet. But the fact that both YouTube and Gmail have had them added indicates that Google is starting to roll them out to its bigger apps.