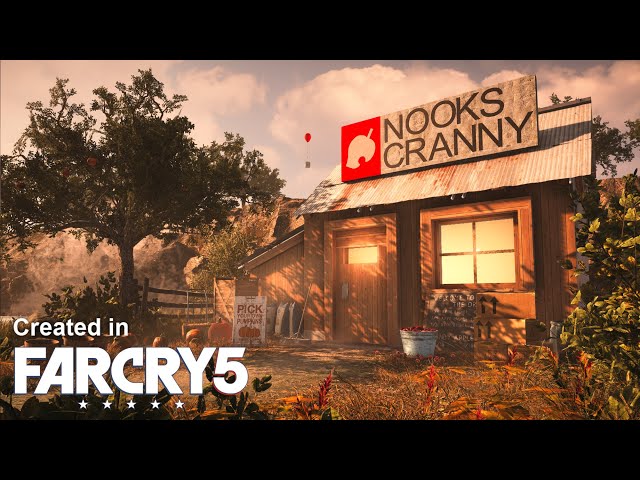 A Reddit user recreated Animal Crossing: New Horizons Nook’s Cranny in Ubisoft’s Far Cry 5 and has received immense support from the community for his creation.

This time he recreated Nook’s Cranny using the map editor on PS4 and shared an update on the Animal Crossing subreddit.

Mojo informed the community that it took him three hours to finish recreating the scene. But his recreation looks a tad bit different from the one we can find in Animal Crossing.

He said that he planned to give a ‘next-gen’ renovation to Nook’s Cranny, and it looks like he has delivered on the promise.

Also read: 5-year-old prodigy shocks the internet with an intense 1vs4 clutch in Valorant.

Additionally, Mojo shared a guide explaining the entire process on his YouTube channel.

Mojo’s creation looks breathtaking in every possible aspect. It requires a meticulous understanding of building and construction techniques to place everything perfectly.

Be that as it may, several updates are coming soon to Animal Crossing: New Horizons. The festivale event came to an end just a couple of days back. Pave the peacock visited the island to help the players acquire several special festival items.