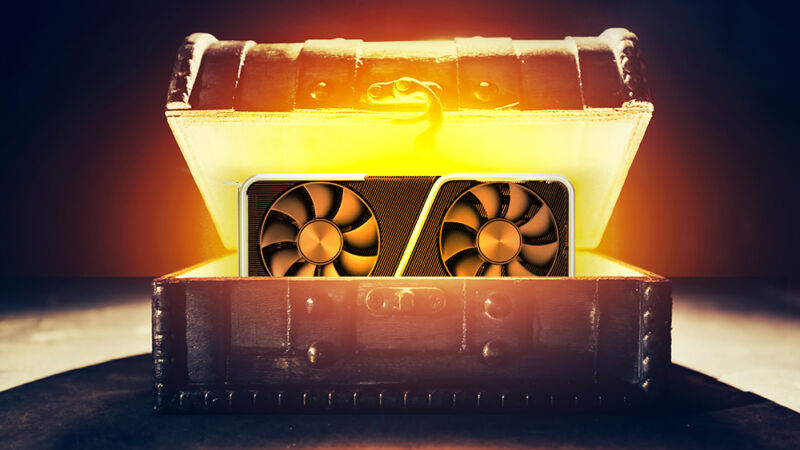 In recent months, cryptocurrencies have once again been soaring to record highs, which has driven another spike in graphics card prices. So when Nvidia rolled out its RTX 3060 graphics card last month, the company deliberately limited the card’s capacity for mining cryptocurrency. Our quick-and-dirty test suggested that Nvidia reduced the card’s mining capacity by roughly half. The hope was that miners would leave the card alone, ensuring that some cards would continue to be available for the gaming market.

Unfortunately, the mining limitation appears to have been implemented in the software. And Nvidia accidentally released a new driver that unlocked the 3060’s mining capacity. Nvidia acknowledged the mistake in a statement to the Verge.

“A developer driver inadvertently included code used for internal development which removes the hash rate limiter on RTX 3060 in some configurations,” Nvidia admitted.

As the Verge notes, Nvidia had previously boasted about the robustness of the mining limitation. Last month, Nvidia spokesman Bryan Del Rizzo tweeted that there was a “secure handshake between the driver, the RTX 3060 silicon, and the BIOS (firmware) that prevents removal of the hash rate limiter.”

Nvidia quickly removed the driver from its website, but this isn’t the kind of thing the company can take back. Now that the driver is in the wild, we can expect it to circulate online indefinitely. Which means that anyone who has an RTX 3060 and wants to convert it for mining will be able to do so.