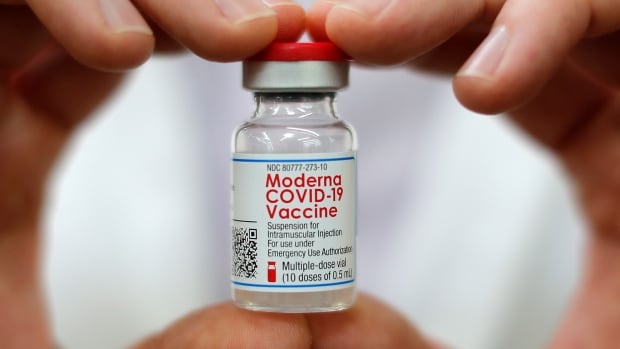 Moderna Inc. has begun dosing patients in a mid-to-late stage study of its COVID-19 vaccine, mRNA-1273, in children aged six months to less than 12 years, the company said on Tuesday.

The study will assess the safety and effectiveness of two doses of mRNA-1273 given 28 days apart, and intends to enrol about 6,750 children in Canada and the United States.

The vaccine was approved for use by Health Canada on Dec. 23 for Canadians aged 18 and older. Moderna is under contract to deliver two million vaccine doses to the country by the end of March.

The vaccine has also been authorized for emergency use in Americans who are aged 18 and older.

The Moderna vaccine is made from messenger RNA, or mRNA, a type of genetic material that is used by cells to translate instructions found in DNA to make proteins.

In this case, the instructions tell a human cell how to make a stabilized version of the spike protein for SARS-CoV2. That introduces the protein into the body so immune cells can learn to recognize it and produce antibodies against it.

In a separate study that began in December, Moderna is also testing mRNA-1273 in adolescents between 12 and 18 years old.

The latest study is being conducted in collaboration with the National Institute of Allergy and Infectious Diseases and the Biomedical Advanced Research and Development Authority.