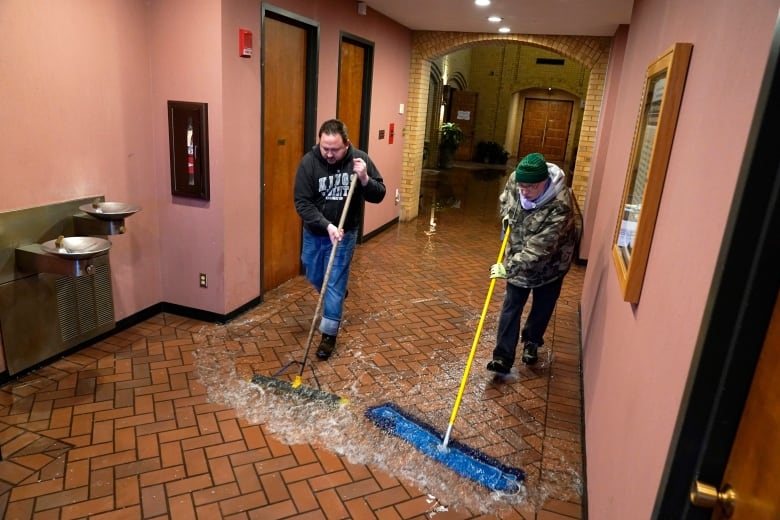 The number of households without power in Texas dropped below one million on Thursday morning for the first time in four days, but many people remained without electricity or safe drinking water after winter storms wreaked havoc on the state’s power grid and utilities.

This week’s extreme weather has been blamed for the deaths of at least 35 people across the United States, some of whom perished while struggling to keep warm inside their homes. In the Houston area, one family succumbed to carbon monoxide poisoning from car exhaust in their garage. Elsewhere, a grandmother and three children died when flames escaped the fireplace they were using to keep warm.

More than 320,000 homes and businesses in Texas were still without electricity Thursday morning, down from about three million the day before. But Texas’ grid manager, under fire for its response to the winter storm, has warned that the outages could fluctuate during hours of peak energy demand.

Adding to the misery, the snowy weather has jeopardized drinking water systems throughout the state.

Texas officials ordered seven million people — a quarter of the population in the nation’s second-largest state — to boil tap water before drinking it following days of record-low temperatures that damaged infrastructure and froze pipes.

In Austin, some hospitals faced a loss in water pressure and, in some cases, heat.

“Because this is a state-wide emergency situation that is also impacting other hospitals within the Austin area, no one hospital currently has the capacity to accept transport of a large number of patients,” said David Huffstutler, CEO of St. David’s South Austin Medical Center, in a statement.

Water pressure has fallen across the state because lines have frozen, and many residents are leaving faucets dripping in hopes of preventing pipes from freezing, said Toby Baker, executive director of the Texas Commission on Environmental Quality.

Texas Gov. Greg Abbott urged residents to shut off water to their homes, if possible, to prevent more busted pipes and to preserve pressure in municipal systems.

Grocery store shelves have gone bare in several Texas cities, including Austin and Lewisville. Frozen goods had to be disposed of after the blackouts.

Gas shortages have also hit parts of the state as people search for fuel for their vehicles and back-up generators. Some oil production facilities, responsible for an estimated three million barrels per day, remain offline.

WATCH | Some Texas gas stations run out of fuel: 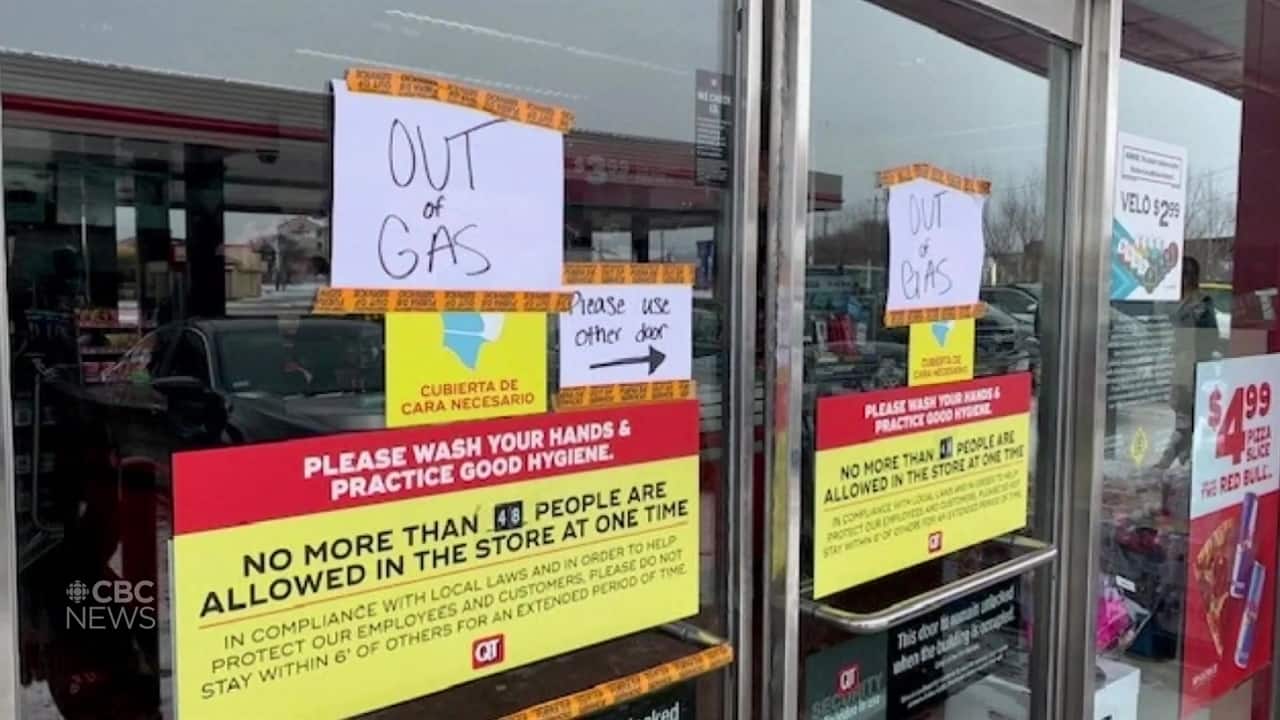 Extreme winter weather in Texas has delayed delivery of gasoline to some fuel stations in northern Texas, leaving drivers to scramble. 0:42

The now former mayor of Colorado City, Texas said he had already turned in his resignation when he wrote a controversial Facebook post on Tuesday.

Tim Boyd said it was not the local government’s responsibility to help those suffering in the cold without power. “Only the strong will survive and the weak will parish,” the typo-ridden post said.

Boyd also wrote that he was “sick and tired” of people looking for handouts and that the current situation is “sadly a product of a socialist government.”

The post was made as millions in Texas were without power following the storm. Utilities from Minnesota to Texas and Mississippi implemented rolling blackouts to ease the burden on power grids straining to meet extreme demand for heat and electricity.

Boyd deleted his post but stood by the sentiments in a follow-up message. He also wrote that his original message was posted as a private citizen, not the mayor of Colorado City.

“I was only making the statement that those folks that are too lazy to get up and fend for themselves but are capable should not be dealt a handout,” Boyd’s follow-up post said.

Thousands of sea turtles unused to cold temperatures have been washing up on the beaches of South Padre Island, off the southern coast of Texas.

Ed Caum, executive director of the South Padre Island Convention and Visitors Bureau, said the turtles are “cold-stunned.” That’s a condition where cold-blooded animals suddenly exhibit hypothermic reactions such as lethargy and an inability to move when the temperature in the environment around them drops. 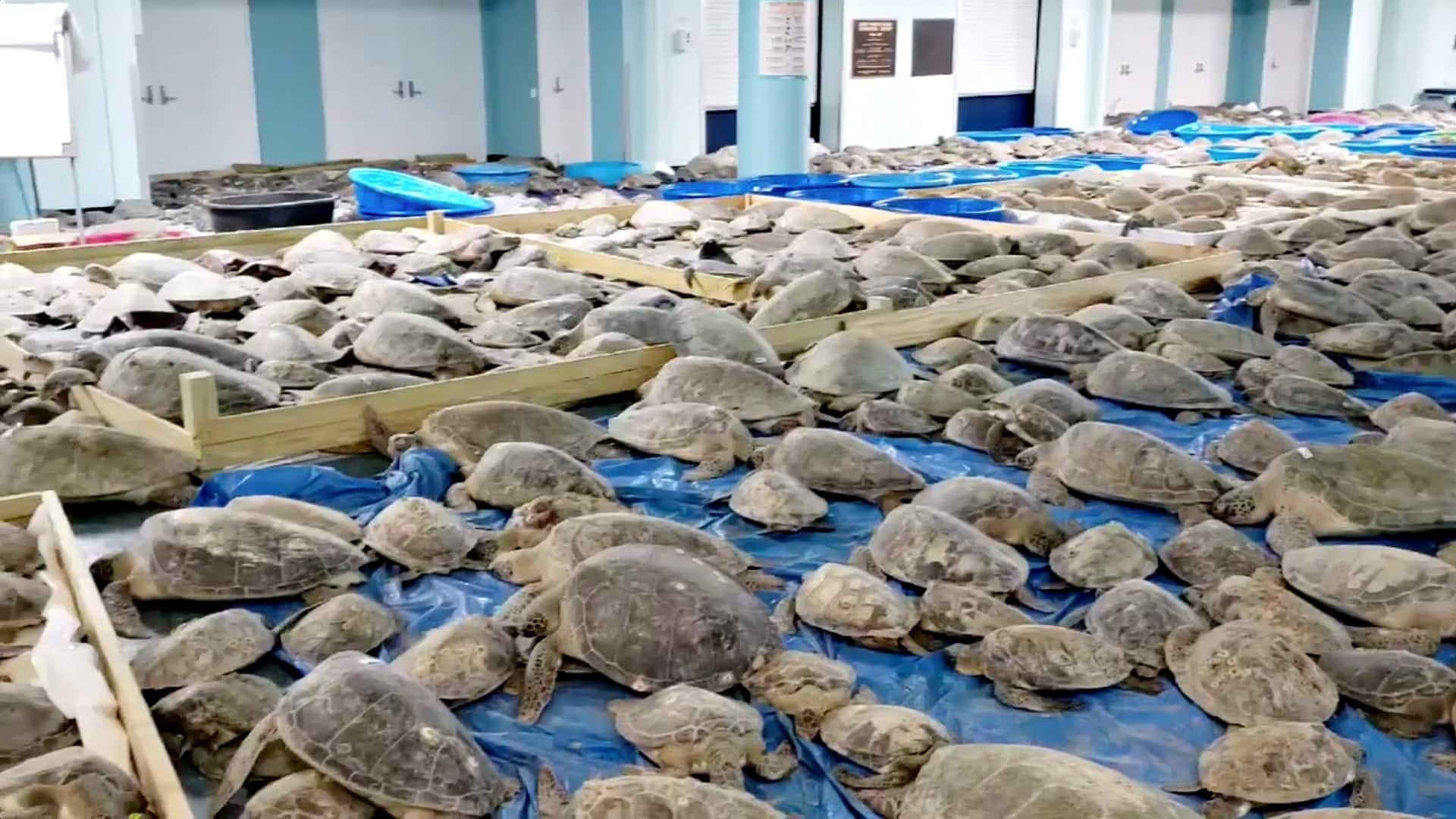 Volunteers in South Padre Island, Tex., have rescued about 2,500 sea turtles who ran ashore to escape icy waters and are now being warmed at a convention centre. 1:10

Volunteers have brought some 4,700 of them to the convention centre, where they are being kept in tubs and enclosures before they can be released when the weather warms up.

Although, as this Tik Tok user demonstrated on Tuesday, fish weren’t faring much better in their indoor tanks during the blackouts.